Each day I comb the interwebs for articles on Litecoin. This was a nice find, props to the author.

Rookie mistake folks. I jumped the gun. In fact, if you read my last few posts, you'll observe that I had this suspicion. I was too impulsive with my Litecoin buy and bought all in at $50. I should have exercised sound discipline as all good traders do and simply started my buy in at this price point. If I would have dollar cost averaged in from there to where we went low (as I expected was possible), my average cost would have been somewhere around $43 instead of $50.

It doesn't feel good to admit your error. But I want to post this so that I am not the only one who learns from it. Maybe I can save others from the same mistake.

Since I am a swing trader (as I mentioned previously), sometimes holding positions for months on end, I don't think I will lose money. I DO THINK we will still hit our $60-75 price target sometime withing the next (2) two months. However, I will be missing that extra $7 per LTC for not being more patient.

Let's take a look back and evaluate my mistake a little further.

Where I went wrong:

My biggest mistake was to allow an underlying assumption regarding Litecoin taint my bias. I had said that Bitcoin             will fall before Aug. 1st but because coin purest would be looking for alternatives, I had thought that Litecoin would hold the $46 support as Bitcoiners would now move their money into Litecoin. While some of this did happen, it was not to the extent I had expected. Litecoin did not hold it's $46 support.

Where I was right:

I had said that if we fall further the bottom of the Bollinger Band and 50 MA would help give us a lift. It did.

How much this whole crypto market still follows and is heavily, heavily influenced by the price action of our leader, Bitcoin             .

Where we go from here:

I do believe Litecoin has neared it's bottom at $34.78. You can see from my green channel that there is still more room down in the s...

What’s up My fellow Crypto bulls. If your looking for an active discord to talk crypto check this one out!! 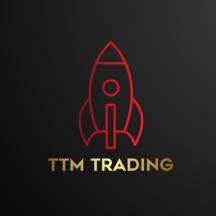 What’s up My fellow Crypto bulls. If your looking for an active discord to talk crypto check this one out!!

Check out the TTM TRADING 🚀 community on Discord - hang out with 6,023 other members and enjoy free voice and text chat.