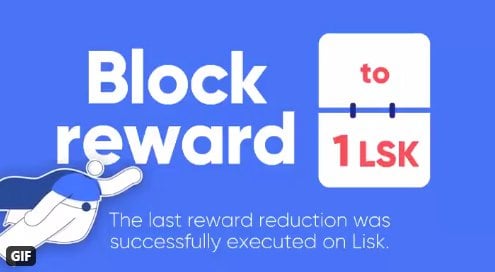 Featured in this news update:

– Another epic near the closing line – Lisk Tree, a new feature to enrich the SDK – Lisk holds a position in the top 50 Swiss projects – Lisk reward is halved – Delegates’ overview

Another epic near the closing line One week after the implementation of the last feature of the roadmap in the SDK 5, LiskHQ is near to complete also the alpha testing. According to Github, the developers have already closed the three listed sprints (consisting of 49 activities) and only sprint 29 is open.

Lisk Tree, a new feature to enrich the SDK Alessandro Ricottone published a post about Lisk Tree: in version 5.0.0 of the Lisk SDK, LiskHQ is introducing a new library that will handle Merkle trees in the Lisk protocols. Using the transactionRoot, the Merkle root of the IDs of the transactions included in the block payload, and a proof-of-inclusion, a set of hash values needed to recalculate the Merkle root, it will be possible to check whether a certain transaction is part of the block without downloading the full block. Merkle trees will be also used to perform the hardfork to implement the new protocol (decentralized regenesis). Alessandro hosted an AMA on Discord, to answer the questions that came up from the community: he confirmed that similar data structures will be used for interoperability and he showed some examples why they used regular Merkle trees instead of sparse Merkle trees. Many questions were related to the next topic of research, interoperability: “We went through the initial research phase and we are now working on specifying an interoperability solution. There are many (many) details that we have to work on, so it is difficult to say how much we have still to cover. We have mostly decided about the general direction and are now in the phase where we draft the detailed technical specifications.” said Alessandro. Today September 28th at 4pm CEST, Michal from LiskHQ will hos...