Lisk.Bike, a PoC to Showcase What Can Be Done With the Lisk SDK - Lisk Magazine

Joost announced the launch of Lisk.Bike, a Proof of Concept made in The Netherlands to showcase how to build Lisk applications using the alpha SDK. This PoC is focused on the development of a blockchain-based GPS tracking lock for bike rental, a huge market in that region.

The initiative is lead by Marc Buma, Founder at blockchain030.nl, that is one of the partners of the Lisk Center Utrecht. Marc is skilled in User Experience, Web Applications, Blockchain development, Cryptocurrency, and Mobile Applications and experienced in IOT development. Marc organizes also tech workshops to teach how to setup the Lisk node and help developers to do some trials with the SDK. Joost’s involvement in this project is only limited to advertise, advise and test the concept.

In the Netherlands 36% of the interviewed people list the bicycle as their most frequent means of transport on a typical day and this brings to have 32,000 cyclists on an average weekday in the busiest cycleway. Despite this is one of the biggest market, the sales decreased in the last years due to the rising of e-bike and rental services.

Exploiting this trend, Marc aims to develop this concept by fitting a bike with a GPS tracking lock, building a Javascript application and using the Lisk blockchain for data registration. Information like who is using the bike, when and its location will be immutable registered on the Lisk blockchain in its own separate sidechain.

The goals of this project are to give feedback to LiskHQ about how to improve documentation and development; to showcase what can be done with the Lisk alpha SDK and to inspire visitors/developers at the LCU to start building with the alpha SDK. The PoC is not developed to be evolved in a real company, nor to earn a profit. For this reason the team is opening a crowdfunding campaign, looking for 5000 LSK (Lisk donation wallet address is 11629240136553438599L). All the funds will be spent on PoC development, like the...

Lisk Achievements in May 2020 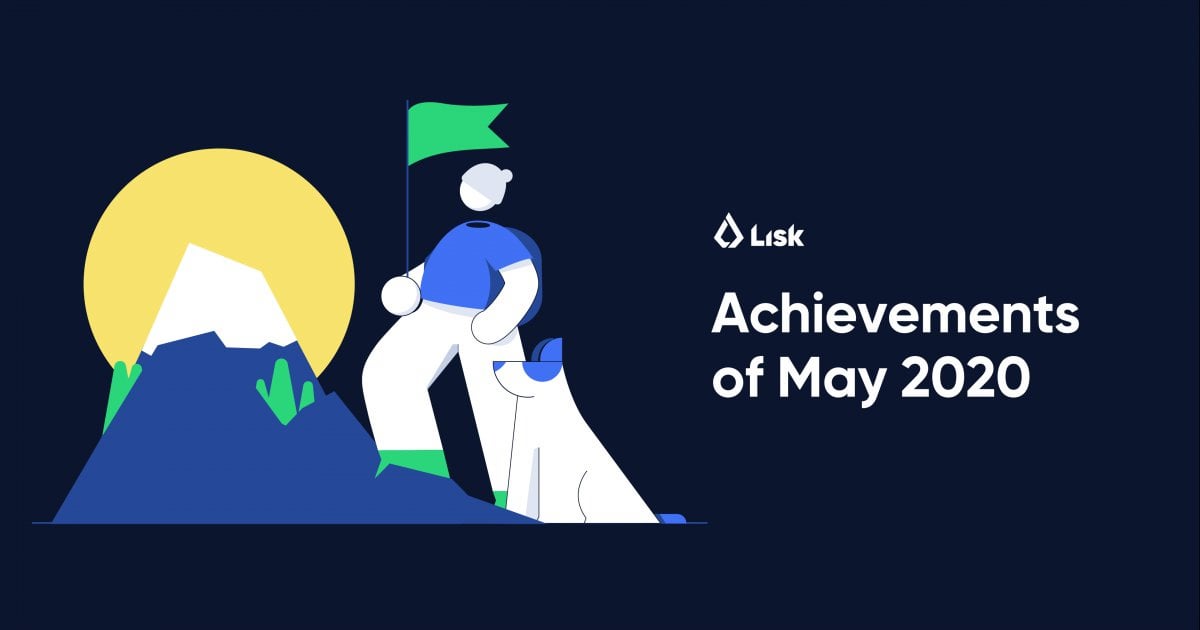 Lisk Achievements in May 2020

At the end of each month, we summarize the top news, updates, and achievements of Lisk in a single blog post. Help us spread the word by retweeting all highlights to let more people know about what we...