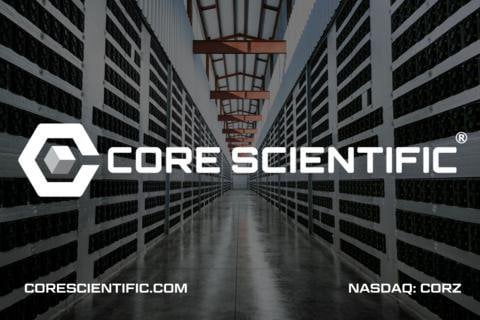 Core Scientific, Inc. common stock and warrants to begin trading on the Nasdaq Stock Market under symbols "CORZ" and "CORZW" on January 20, 2022

The Transaction was unanimously approved by XPDI’s Board of Directors and was approved at a special meeting of XPDI stockholders held yesterday. Redemptions totaled 36% of the XPDI Class A common shares eligible to redeem, representing 29% of total shares outstanding. The ticker symbols for Core Scientific’s common stock and warrants will be "CORZ" and "CORZW", respectively, and will begin trading on the Nasdaq Stock Market today, January 20, 2022.

"Entering the public markets represents a significant milestone in Core Scientific’s evolution, yet we are even more excited about the future opportunities for value creation," said Mike Levitt, Core Scientific’s Co-Chairman and Chief Executive Officer. "As one of the largest publicly-traded blockchain infrastructure providers and digital asset miners in North America, we are focused on growing our capacity, defending and securing the blockchain ecosystem and building long-term shareholder value."

The Transaction provides gross proceeds of approximately $222 million from the XPDI trust account, resulting in approximately $190 million in net cash proceeds to Core Scientific, after the payment of transaction expenses. As a result of the Transaction, former Core Scientific stockholders own 90.7%, former XPDI public stockholders own 6.7% and XPDI’s sponsor owns 2.6% of the issued and outstanding shares of common stock, respectively, of the Company, excluding the impact of unvested restricted stock units and options. The proceeds from the Transaction will be used to fund mining equipment purchases and infrastructure build-out as the Company expands its leadership position. A more detailed description of the Transaction can be found in a current report on Form 8-K to be filed by the Company with the Securities and Exchange Commission (the "SEC") and available at www.sec.gov, as well as XPDI’s previous filings with the SEC.

As of September 30, 2021, over 50% of the power used in Core Scientific’s operation was generated from non-carbon emitting sources by local power providers pursuant to long-term power contracts. The Company determines whether power is generated from non-emitting energy sources from dispatch reports or grid generation mix reports provided by the Company’s power providers. Based on these reports Core Scientific purchased Green-e certified renewable energy credits ("RECs") to offset 100% of the carbon produced as a result of its contracted power. The Company expects to maintain its 100% net carbon neutrality by increasing its overall use of renewable power and by purchasing RECs when necessary.