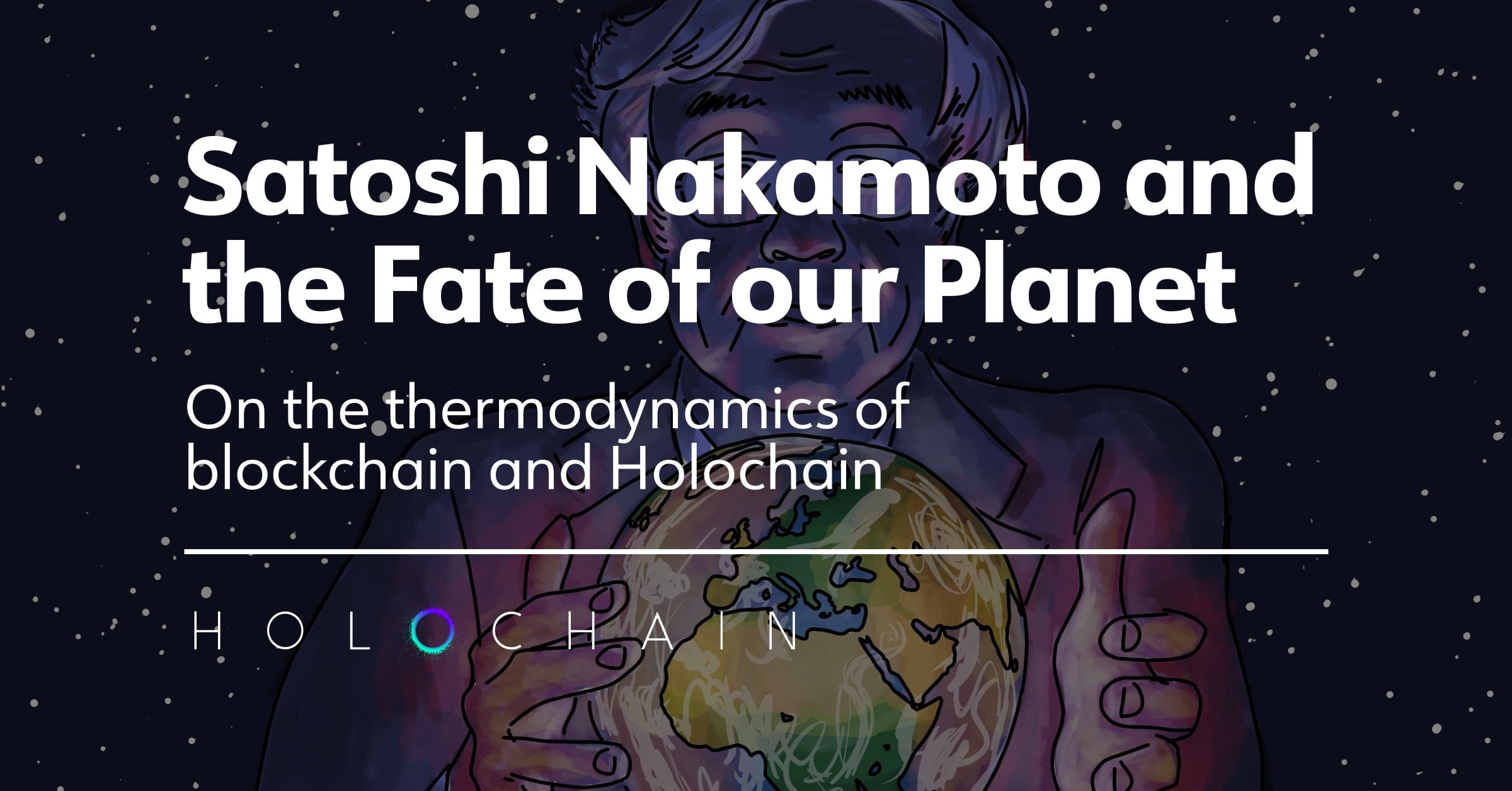 Satoshi Nakamoto and the Fate of our Planet

If you’re interested in cryptocurrency, at some point you’re going to come across Elon Musk, founder of Tesla and court jester of Twitter. He has strong opinions, he’s not afraid to share them, and apparently he’s also not afraid to completely reverse them due to ecological concerns over blockchain mining.

In the midst of the furor over one man’s opinions, I also sense growing anger over the energy consumption of non-fungible tokens (NFTs), which are blockchain-based certificates of ownership for digital art. One artist, Joanie LeMercier, calculated that the sale of six of his pieces consumed more electricity in ten minutes than his art studio had consumed in the previous two years.

Granted, determining blockchain’s real ecological cost is not simple. Some argue that kilowatts per transaction is the wrong equation. Others claim that roughly three quarters of the electricity used to mine blocks comes from renewable sources (though still others say it’s more like 40%, and most of the remaining power comes from coal and natural gas). Finally, proponents claim that cryptocurrency drives adoption of renewables and might be a lot greener than the global banking system.

But as blockchains become more popular and their tokens increase in value, more miners get in on the game, increasing the total electricity consumption. Even if you use the more favourable figures, with non-renewables accounting for only 25%, 25% of a lot will still be a lot.

Public blockchains consume so much electricity because they have a lot of entropy to deal with. In thermodynamics, entropy is noise, waste, meaninglessness. The problem blockchain is trying to solve — dishonest agents trying to corrupt the global ledger — certainly fits that description.

Any time you have too much entropy, you’re going to...
Continue on blog.holochain.org
youtube.com