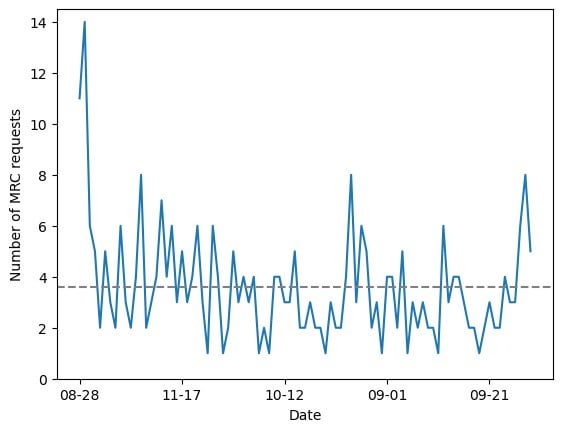 The latest update of Gridcoin, version 5.4.0.0 introduced Manual Rewards Claim (MRC). MRC allows users to get rewards for BOINC without staking themselves. This makes it possible to earn Gridcoins without an initial investment.

The graph shows the number of MRC requests per day. The gray line represents the average.

A total fee of 31,996 GRC was paid for MRC requests. 80% of this amount (25596.8 GRC) went to the Gridcoin foundation. Not a bad amount and with this the further development of Gridcoin can be supported.

2D Ago
Alright which one of y'all gonna move to Scotland and get paid (with negative electric rates) to BOINC?
<p>The UK discarded 6% of its windpower last year, at a cost of almost £1bn. What&#8217;s going on, and how can we fix it?</p>
Gridcoin
archy.deberker.com
9D Ago
(Newsletter) SCI in Jan: Microgrid, [email protected], Gitcoin, more!
Another exciting month here at The SCI powered by your donations and energy! We've got tons of things to report on and even more in the coming months so strap in folks, it's gonna be a ride!
Gridcoin
thesciencecommons.substack.com
1M Ago
BOINC Workshop 2023 has been announced
Gridcoin
boincworkshop.org
1M Ago
If you have had any issues with VirtualBox when running BOINC, please can you share your experiences?
Gridcoin
cpdn.org