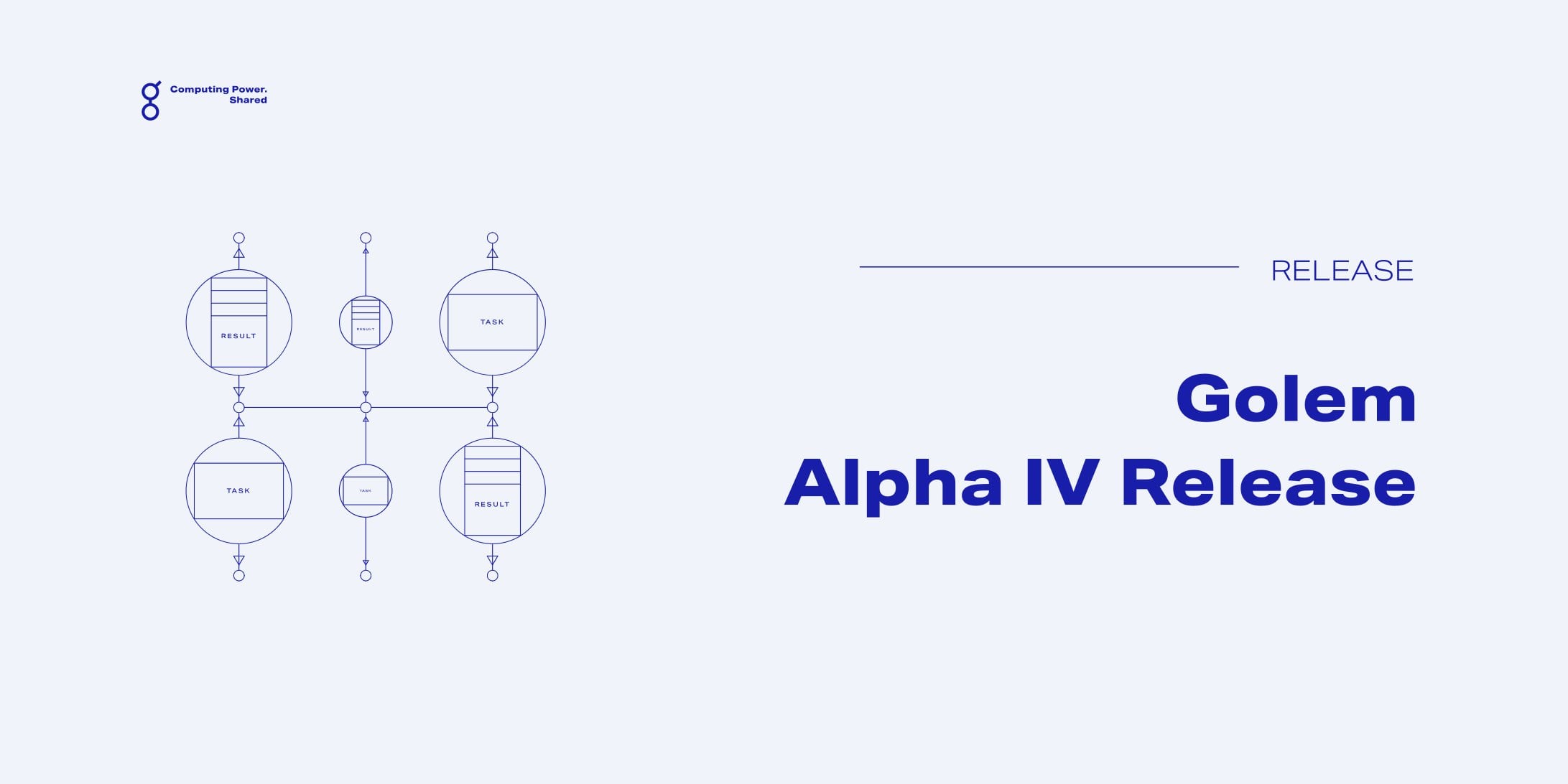 The Golem Alpha IV release is out and this means that we’re here to update you on changes, particularly for those developing apps that already run on the testnet (see Awesome Golem for a list) or that are looking to create apps on the upcoming official mainnet release. This release contains important changes to backwards compatibility that we will cover at the end.

Before we dive in it’s good to note that this release is in essence a release candidate for mainnet that will be Tested In Production (TIP). As such, there are some mainnet functionalities included and already Golem users are able to use real GLM for payment.

There are new versions of the Yagna Python API (YaPAPI v0.5.0) and Yagna JS API (YaJSAPI v0.3.0). Here it’s important to note that the APIs are not backward-compatible, so for developers of applications using Golem in previous releases, the apps themselves would have to be updated for them to run with the Alpha IV.

As for Golem VM Images, these remain compatible, so there is no need to make any changes to the images for them to run.

We are looking into potential incentivizations for developers updating their applications for the new APIs although it won’t be before the next release. In the meantime, we will continue to supp...

Convert your SolarCoin to the EnergyWeb