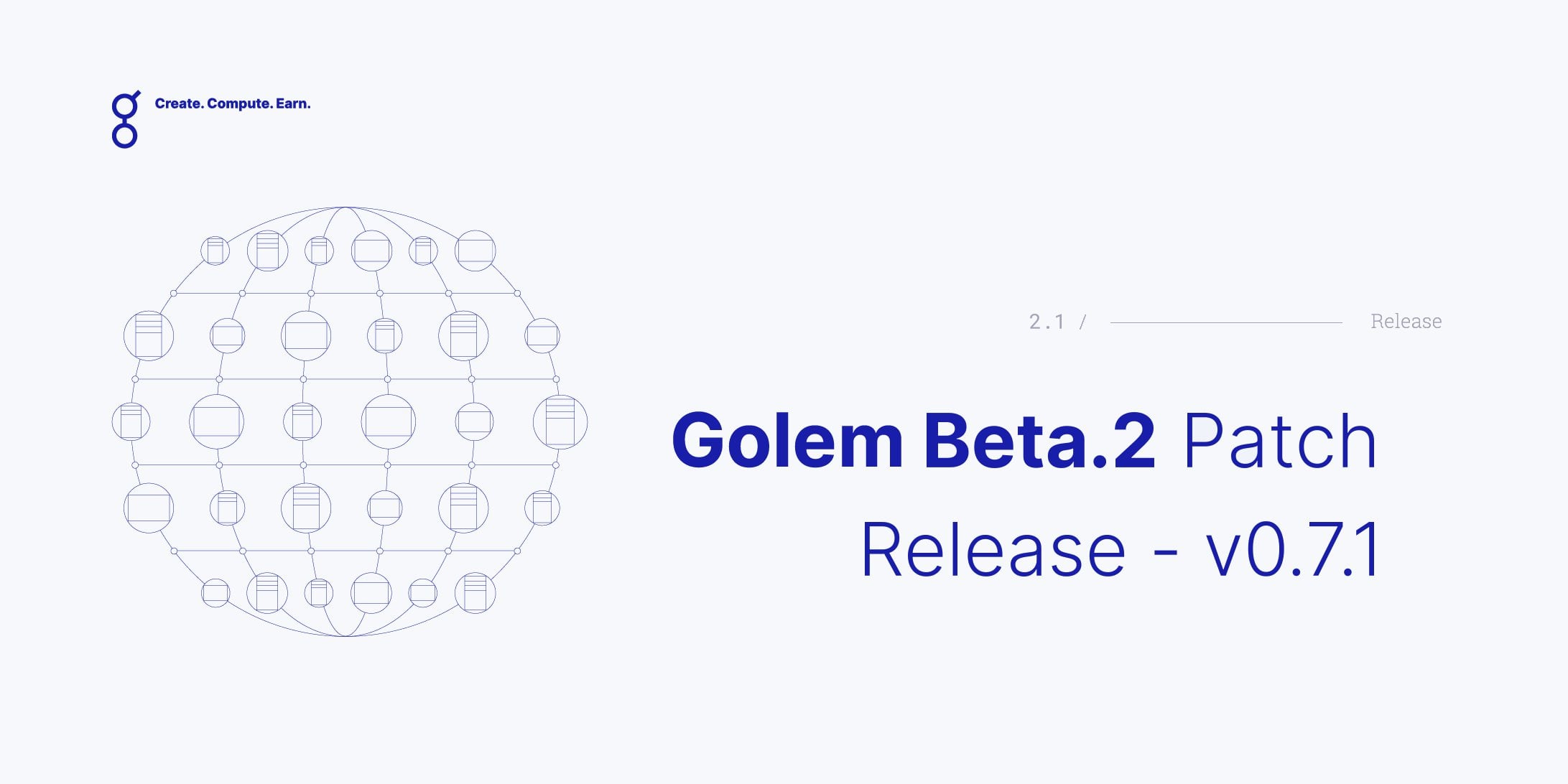 We’re updating you with a planned patch for the 2nd major release, the Beta 2 which opened up the fresh new Services API for Golem users. This patch, codenamed Airmail (0.7.1), contains quite a few improvements to Golem that weren’t strict requirements for the major release itself and they didn’t make it into the timeline of the freeze that was set for the initial 0.7.0 release. For that reason the items this patch covers were moved into this release. It addresses things such as re-negotiation improvements for providers, helpful additions related to the APIs (e.g. Repeat Payment API on calls on timeout errors) and quite a bit more which you can track under the beta.2.patch.1 tag.

This release also coincides with updates to the JavaScript and Python APIs, “Eastern 66” Yapapi 0.6.1 and “Tarantism” YaJSapi 0.4.1. You can find the detailed changelogs in the releases linked. For developers just getting started, we also now include the YaCat—which is HashCat on Yagna—example for the YaJSapi.

This release is completely backwards compatible with the release so both getting started and updating is as easy as running one command. We will be releasing amazing bounties on Monday - download Golem now and you’ll be all set.

Starting out or going from the recent major releases to this patch release involves running only the quick installation command. After stopping Golem / Yagna (with CTRL+C), run the command below and you’re all up to date!

UPDATE - It seems some providers are being spammed with an error related to SQL variables, if this happens for you then you can move to the release candidate for the release with the following command: