As a token that has recently broken into the top 25 with regards to market cap, GNT shows a lot of promise.

The Golem Project began development in 2014 and was officially incorporated under Swiss law in 2016 in Zurich, Switzerland. Most of the company’s team members reside in Warsaw, Poland. Golem is an open source, decentralized supercomputer that anyone can access. It’s made up of the combined power of user’s machines, from personal laptops to entire datacenters. It’s often described as the “Airbnb for computers”, and is built on the Ethereum blockchain. I highly encourage anyone interested in the project to read their white paper in its entirety.

Golem aims to be the first decentralized supercomputer, creating a global market for computing power. Combined with flexible tools to aid developers in securely distributing and monetizing their software, Golem changes the way computing tasks are organized and executed. The function of Golem as the backbone of a decentralized market for computing power can be considered both Infrastructure-as-a-Service (IaaS), as well as Platform-as-a-Service (PaaS). However, Golem reveals its true potential by adding dedicated software integrations to the equation. Any interested party is free to create and deploy software to the Golem network by publishing it to the Application Registry. Together with the Transaction Framework, developers can also extend and customize the payment mechanism resulting in unique mechanisms for monetizing software.

Golem is set to become a key building block for future Internet service providers and software development. By substantially lowering the price of computations, complex applications such as CGI rendering, scientific calculation, and machine learning become more accessible to everyone.

One of the most common concerns people have when trying to understand the price of th... 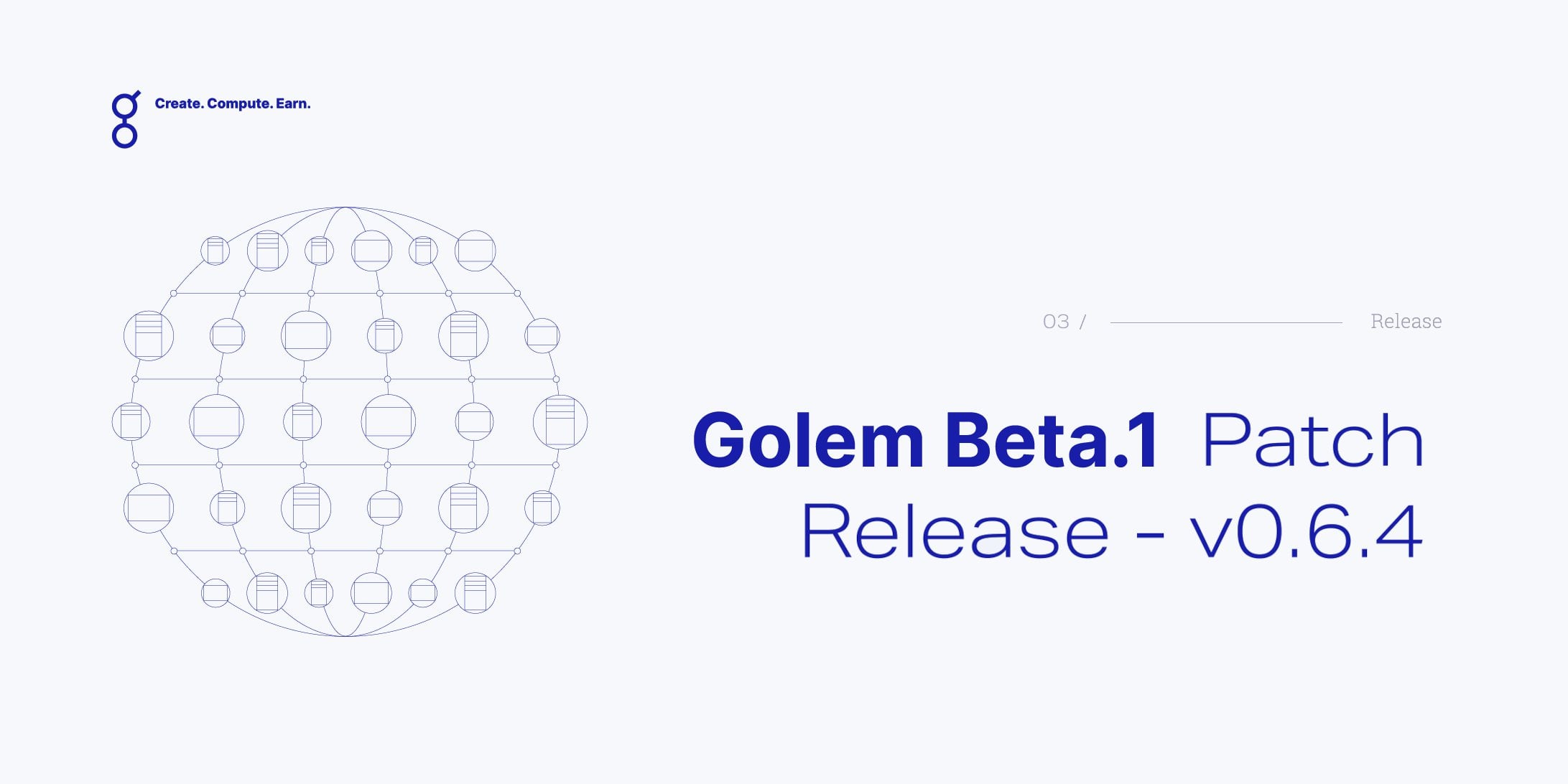 We’ve been working on another minor update (v0.6.4) to improve stability and some of the issues that the Golem community has reported.
0
Share