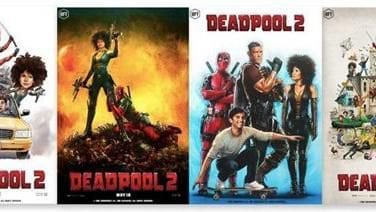 Storing long videos as #NFTs on chain is tricky, which is why @VideoCoinHQ uses #Filecoin for larger decentralized storage needs. Check out this @Forbes feature on video NFTs, streaming, digital memorabilia, & more...🚀🚀🚀

A series of exclusive NFTs released for the feature film Deadpool 2 by Atom Tickets, Marvel, Fox ... [+] Filmed Entertainment and the GFT Exchange. Deadpool is a trademark of Marvel Characters, Inc. All Rights Reserved. Image via Opensea.io and Twitter

Few industries have had to adapt as dramatically to digital and transform as the film and entertainment sectors. Gen Xers witnessed VHS triumph over Betamax in the VCR wars, the first major format to bring movies into households. Before the VHS tape, TV ruled and entertainment was dispensed at the discretion of network programmers who dictated what you were going to watch and when.

The format transformed again to DVDs, which offered greater audiovisual output quality with HD and Surround Sound and sometimes included bonus content such as behind the scenes interviews, bloopers, and documentaries, not to mention box set packaging with supplemental merch.

The Band of Brothers Box Set DVD bonus documentary with the real heroes of the 101st Airborne Division, the first parachute infantry, and their families, reduced me to tears. I always choke up reciting the lines of Sergeant Dick Winters whose grandson asked if he was a hero in the war. It brought the real story to life for me and the sacrifices they made to keep our world free.

As the age of broadband dawned and download speeds improved, companies like Apple attempted to corner the market in digital media sales of movies and TV box sets. Within a few years, the DVD was flatlining, and streaming now ruled. Today, we consume most of our movies and TV shows via streaming services such as Netflix, Disney+, or Hulu. During the pandemic, many big movie releases went straight to streaming, leading to an outcry from beleaguered movie theaters.