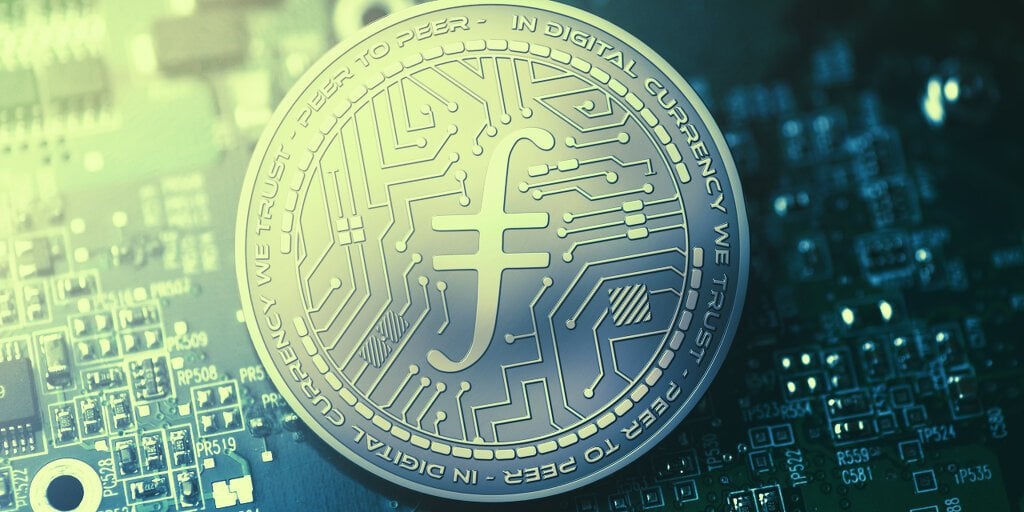 Decrypt: Why Filecoin price is surging: Look to China

In brief FIL is up 530% in the past month and has leapfrogged LINK and LTC by market cap. There's been lots of embrace of Filecoin in the U.S. For another source of the surge, look to China, which has gone wild for Filecoin mining.

Filecoin (FIL), the token associated with the decentralized file-sharing protocol of the same name from Protocol Labs, is surging. Its price has shot up 165% in the past week, and 530% in the past month.

Now Filecoin has leapfrogged Chainlink (LINK) and Litecoin (LTC) as the No. 9 coin by market cap.

So, what's driving the spike?

Yes, the larger crypto market is in the midst of a sustained bull run. And yes, there has been a lot of news about Filecoin recently that has brought the "decentralized Dropbox" to the attention of crypto speculators, including Coinbase listing Filecoin in December, and Grayscale Investments adding a Filecoin Investment Trust to its roster of crypto investment vehicles. And more people and businesses are utilizing IPFS (including Decrypt), another decentralized data storage platform from Protocol Labs that is complementary to Filecoin.

But for another source of the Filecoin surge, look to China.

Filecoin mining is booming in China, especially on crypto exchange Huobi, where Filecoin trading activity using the Chinese yuan is higher over the past few days than yuan trades into Ethereum or Bitcoin.

For more insights, Decrypt spoke to two people closely familiar with the Filecoin scene in China, who didn't want to be named since they work at major cryptocurrency companies. They said that Chinese officials have all-but-officially encourage...