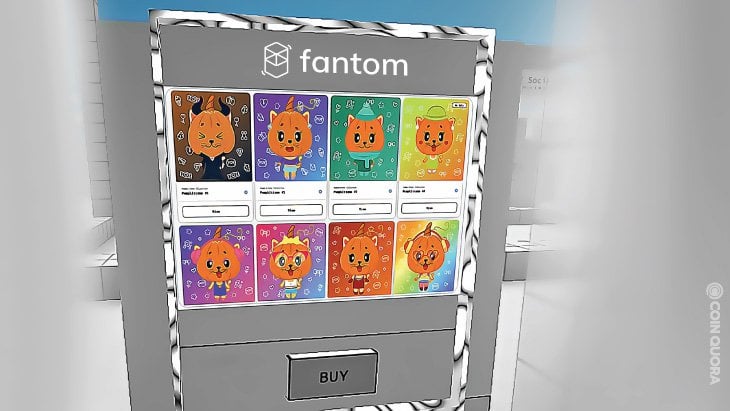 The blockchain industry is rapidly evolving. More so, the industry has seen explosive growth this year. This is mainly due to the emergence of NFTs and DeFi — the two remarkable innovations that have the public’s attention right now.

Speaking of blockchain, the Fantom (FTM) network is also gaining momentum. According to reports, the network exhibits record-breaking speed and interoperability, making the FTM projects sail ahead.

In particular, Pumpkittens, one of the new projects in Fantom, recently recorded an astonishing $3M floor cap. The team expressed their joy about their ‘purrfect’ feat in their Twitter account.

Pumpkittens is an NFT collection of 100 rare and unique “Pumpkittens” on the Fantom blockchain.

The cute and fluffy Pumpkittens have surely garnered the attention of NFT enthusiasts as it becomes one of the biggest NFTs on Fantom. As mentioned above, it already reached more than a $3 million floor cap despite being new on the NFT market.

Pumpkittens is the first of its kind NFT project with a 50% revenue sharing concept for its collectors. It’s a collection of 100 rare and unique Pumpkitten NFTs living on the Fantom blockchain.

The team also hopes to be the “biggest in PaintSwap volume as well”, as stated in their Tweet. To note, PaintSwap is an open NFT marketplace that supports all NFTs. This includes the DEX and farming on Fantom.

However, with how the public regards Pumpkitten at the moment and with how it shows stable progress, this might actually come to reality.

For those who want to own these ‘purrfectly’ digitalized kittens, check out Pumpkittens’ website here.

For those who are in RoboVault — a vulnerability has veen found out. Funds are safe, but withdraw your funds immediately.

Fantom's FTM token hit an all-time high this week and is a hot new entrant in the elite club of Layer 1 blockchains. The post Fantom Surges 90% in 30

For those who are in RoboVault — a vulnerability has veen found out. Funds are safe, but withdraw your funds immediately.

1) Earlier today a vulnerability in our vaults was discovered by @FP_Crypto who together with @storming0x &amp; the @iearnfinance team immediately contacted us to help ensure funds were safe.We have n...
2
Share

Heya Pumpers, check this out! Brilliant job with the designs &amp; concept @FantomCards 👏 Your @BadWaifuCards gonna give sleepless nights to many lol! GLWS. Saw the @NippleLabs card, damn 😁🔥. Shout...
6
Share