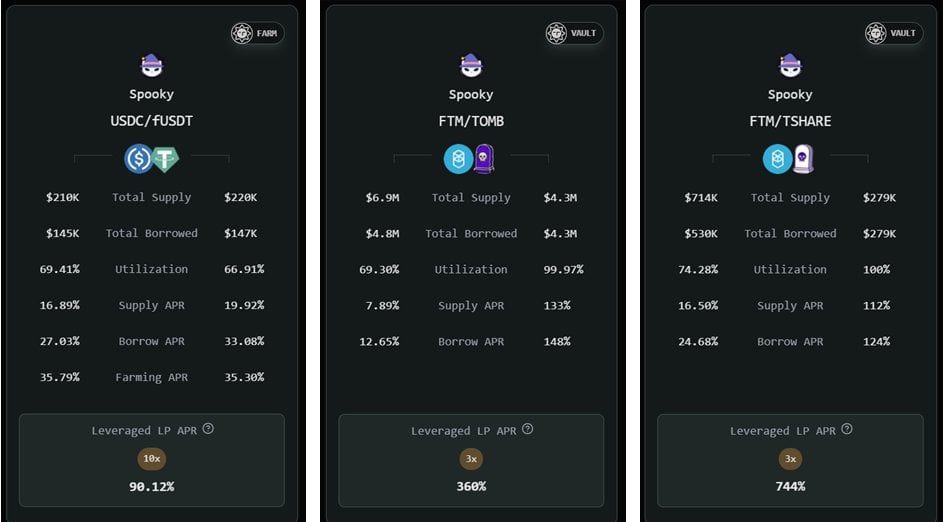 Okay so we’ve gone through auto-compounding, but have you heard of Leverage Yield Farming? Imagine that you can say with confidence that your yield generated exceeds any cost of borrowing. In which case, you can borrow tokens to farm yield with and hopefully repay the debt. Well, that’s what’s happening on Tarot Finance.

Tarot Finance works by combining the features of a lending/borrowing system with auto-compounding. The lending/borrowing systems provides the 2 tokens needed for users to leverage up their LP Staking position. The LP Staker takes on excess risk in hopes that the price ratio of the LP token pair does not deviate beyond the liquidation range. The greater the amount of leverage, the narrower the liquidation range.

If price deviation between the tokens is the source of risk, then it would make sense that stablecoin/stablecoin pairs have the lowest risk. Take for instance USDC and USDT. But remember, TOMB is supposed to be pegged to the value of FTM which makes the pair a pretty good candidate to leverage up on. The Tomb Finance Vaults were added only on the 20 Dec 2021, just 4 days prior to this screenshot and is already the highest volume pair on the platform. The more concerning pair though is the FTM/TSHARE pair that IS actually exposed to Impermanent Loss. It takes the prize for the greatest level of degeneracy.

Look at those 100% utilisation rates, the LP stakers are holding all that TOMB and TSHARE hostage! Suppliers of those tokens couldn’t even withdraw if they wanted to, but at least they’re generating a fairly insane 100% APR single stake yield for the time being.

Those figures reflect APR, when compounded daily, we can estimate the FTM/TOMB vault to earn users 3495% APY and the FTM/TSHARE vault to earn users 157901.25% APY. Yes that’s 150k APY. Let’s also bear in mind that the inflation rate here is miniscule compared to what yo...

TSHARE crashes more than 50%. Price of TOMB has been under peg for several days now. Causing people to be moving to other, more reliable platforms on Fantom

The value locked on DeFi-centric projects built on Fantom has surged 52% in the past week.

TSHARE crashes more than 50%. Price of TOMB has been under peg for several days now. Causing people to be moving to other, more reliable platforms on Fantom

$TSHARE crashes more than 50%. Price of $TOMB has been under peg for several days now. End of $TOMB is nearing? DeFi community on Fantom seems to be moving away from #tomb to other, more reliable plat...
Share 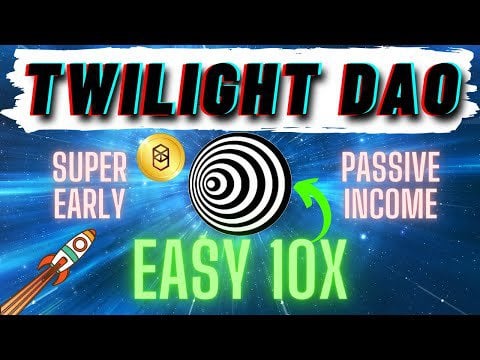 Twilight Dao $TLD is somewhat of a Titano fork which could be a New Easy 10x Fantom Gem. This could be a good opportunity to Make Crypto Passive Income.Websi...
Share 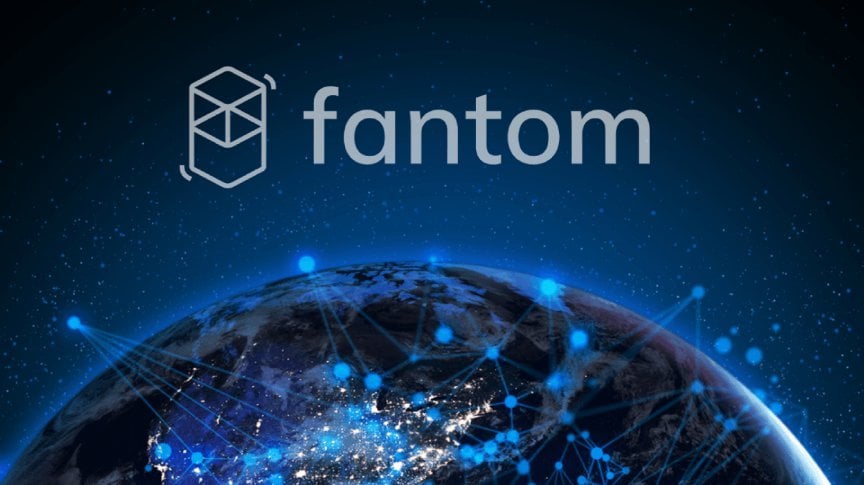 How did Fantom Ecosystem's TVL reached $10bn so quickly!

Hi HODLers, Fantom has been on a roll as I have been commenting on lately. This is mostly due to Andre Cronje and Daniele just being very active on social media and on the development front with a lot...