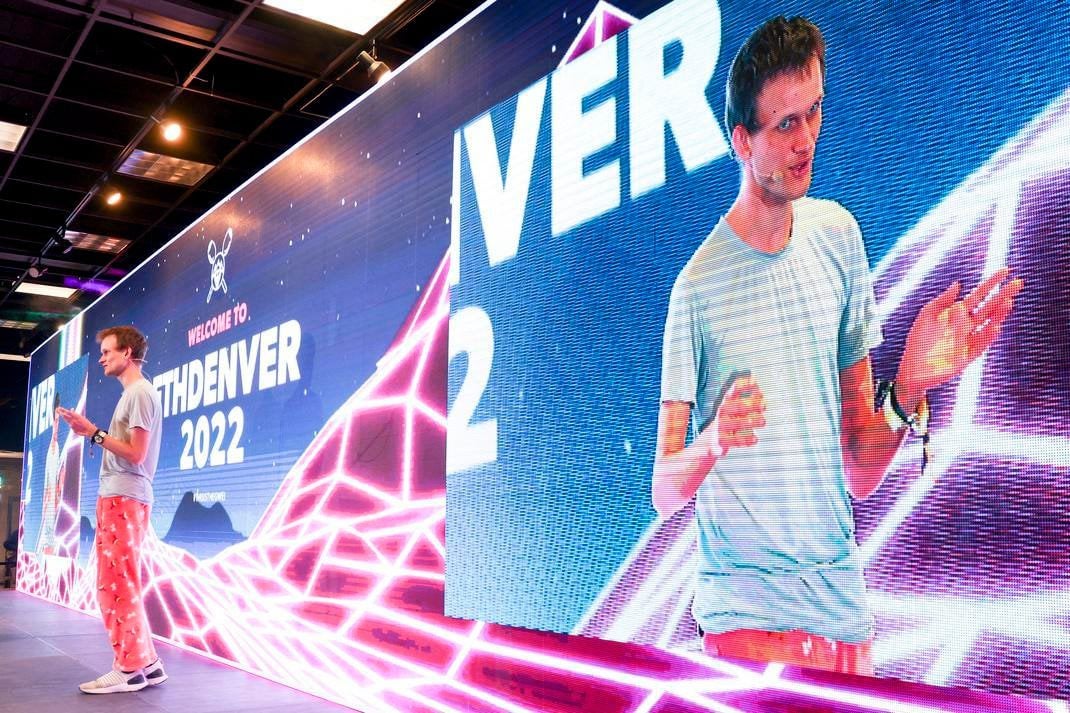 The verdict is in, after roughly six weeks since “the merge” of the Ethereum ETH blockchain to proof-of-stake instead of energy-intensive and more time-consuming proof-of-work, the ETH token is doing worse than bitcoin. As of this writing, ETH is down over 3%. Bitcoin BTC is up 1.17%.

The good news: ETH is climbing harder now. Life post-post merge will be better for Ethereum than during the immediate switchover to proof-of-stake. The Ethereum blockchain is going to get better for users. And so everyone believes ETH will rise again.

“Given where Ethereum is right now, post-merge, the speed of smart contract processing hasn’t really been affected, but based on where it’s going — I see that processing within the multi-chain smart contracts ecosystem will bring about better speeds along with more security,” says Joel Dietz, CEO of MetaMetaverse, a metaverse platform builder in Dubai. “As Ethereum becomes more scalable in the future, as promised, it will significantly impact scaling protocols by means of interest in other Ethereum Virtual Machine (EVM) chains diminishing,” he says about the Ethereum rivals that are Ethereum compatible. “There’s a surge in the number of transactions and volumes in EVM blockchains, but that will be short-lived as those rival networks may eventually become unused following Ethereum’s full-migration,” he says.

The Merge was completed on September 15, turning Ethereum into a proof-of-stake protocol. This lowers energy consumption for the network by nearly 100%, according to the Ethereum Foundation. The switch to proof-of-stake isn’t enough, of course. All blockchains need the ongoing move towards the adoption of blockchains, but also Ethereum needs to be able to expand if it is to be one of the blockchain universe’s supercomputer hubs. If it is to continue being that, it needs to be fast, and transaction costs can’t look like a European electricity bill.

Ethereum remains the industry standard for blockchain-based finance applications and smart contracts. It is the blockchain with the most users, developers, and DeFi applications. It is also decentralized.

The number of active users, developers, and protocols being built across the ecosystem continues to grow even with high gas fees, or transaction costs. Those fees will fall. More users will come on board, the theory goes.

Moreover, Ethereum has the most blockchain protocols. Over 90% of the cryptocurrencies out there were created on Ethereum and are based on Ethereum technology. Hundreds of millions of transactions, unique addresses, and thousands of decentralized applications, known as D’Apps, live on ETH.

Still, Ethereum’s biggest problem is that it cannot scale at this time. Scalability has been a significant problem due to the blockchain’s design, a design that requires each node to process every transaction on the network. It’s a very slow-growing universe.

New galaxies have propped up in that universe. Alternative blockchains like Polygon MATIC , a layer 2 chain built over Ethereum but easier to scale, is one of the leaders. Side chains like Polkadot DOT and Cosmos ATOM are others.

As new technologies are developed to get Ethereum to scale, some market share is likely to erode among the newcomers. But Ethereum will always have competitors.

“As long as other blockchains and protocols continue to innovate and build unique and secure solutions, Ethereum will never be the only blockchain to choose from,” says Tron founder Justin Sun in Singapore. “Healthy competition keeps the industry from getting too comfortable in an echo chamber, and as we continue to build cross-chain messaging solutions, more secure bridging protocols, and multi-chain smart contracts, there will be even more space for everyone to grow their communities and continue building new products and services.”

Competition from rival blockchains is what led to the merge, as well.

“I see a future where most blockchains aren’t necessarily competing with one another for the same users. Rather, they will all innovate in their own ways and offer different advantages to the market,” says Ben Roth, co-founder and CIO of Auros, an algorithmic trading and market-making firm that delivers liquidity for exchanges and token projects out of Hong Kong. “We are going to have a broad set of chains, each offering something slightly different and therefore attracting applications and builders that are focused on specific requirements.”

So-called “roll-ups” are being built to all the time to make Ethereum faster, though for now a lot of this is happening on layer 2 networks like Polygon.

For Ethereum itself, which is a layer 1 blockchain if one can imagine a layered cake with the first layer being the foundation and the second layer being a little sweeter, the growth story post-merge is where it’s at for cryptocurrency investors.

“A pivotal moment will come after EIP-4844,” says Will Shahda, founder of CortexDAO in the Caymans. Cortex is a decentralized autonomous organization, or DAO, that developed and governs a DeFi index for investors.

EIP-4844 (also known as “proto-danksharding”) is another Ethereum developer effort to come up with an intermediate solution for high gas fees. The solution proposes expanding block space inside the network by implementing a transaction format that is otherwise planned to be implemented in sharding. For the layman, consider it another Ethereum scaling method – a way to give the ever-expanding Ethereum blockchain universe some extra nuclear power to speed up its expansion (and at a lower cost).

“When that happens, Ethereum will become 10 to 100 times cheaper,” Shahda says. “Then you could see Ethereum taking back a lot of market share from the (faster) layer 2 blockchains.”

MORE FROM FORBESCryptoCODEX By Billy Bambrough

How’s it been going for the alternatives to Ethereum so far this year?

For investors, ETH is better than nearly all of them despite being off by 58% this year.

Layer 1 blockchain alternatives Harmony HARMONY and Elrond EGLD 92% and 75%, respectively, year to date. Layer 2 blockchains aren’t much better. Loopring LRC , an open-source layer-2 chain built over Ethereum, is down 87%. The OMG OMG Network, a layer 2 with an integrated “scalable” EVM, is down 73%. Polygon is the best, but not as good as Ethereum…it’s lost 65% as of this writing. Sidechains like Polkadot and Cosmos are also underperforming Ethereum this year, down 77% and 60%, respectively.

*The writer of this article owns the Polkadot token.

3H Ago
Ethereum keystore - what is in it?
Ethereum
yurichev.org
11H Ago
Kraken plans to eliminate 1,100 workers globally.
The demand for digital assets this year has been severely hampered by difficult market conditions, according to cryptocurrency exchange Kraken, which announced on Wednesday that it would reduce its global workforce by 30%, or roughly 1,100 employees. Investors have fled risky assets because of rising interest rates and concerns about an economic slowdown, and recent...
Ethereum
moneywreckers.com
17H Ago
Ropsten Shutdown Announcement | Ethereum Foundation Blog
Ethereum
blog.ethereum.org
17H Ago
Uniswap NFT marketplace aggregator
Buy and sell NFTs across more listings at better prices on Uniswap. NFTs on Uniswap saves you time and money by aggregating listings from the largest marketplaces.
Ethereum
uniswap.org