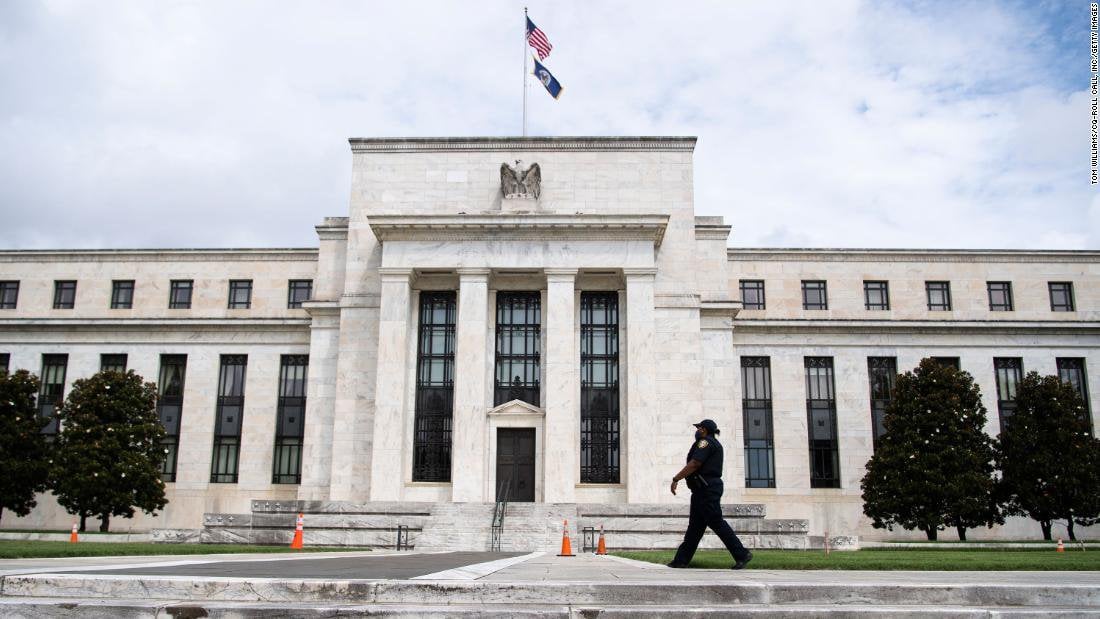 The Fed said the new rules will ban policymakers and senior staff from buying individual stocks and bonds and will restrict active trading. The central bank pledged to also increase the frequency of reporting and public disclosures.

The new policy means senior Fed officials will be limited to buying vanilla investment vehicles such as mutual funds.

"These tough new rules raise the bar high in order to assure the public we serve that all of our senior officials maintain a single-minded focus on the public mission of the Federal Reserve," Fed Chairman Jerome Powell said in a statement.

In an effort to "guard against even the appearance of any conflict of interest in the timing of investment decisions," the Fed said policymakers and senior staff "generally" will be required to provide 45 days' advance notice for purchases and sales of securities and get prior approval for purchases and sales of securities. They will also be required to hold investments for at least one year.

"No purchases or sales will be allowed during periods of heightened financial market stress," the Fed said.

The policy comes as the Fed remains engulfed in a trading scandal. Last month, the heads of the Boston and Dallas Federal Reserve banks announced early retirements amid criticism of their trades. Boston Fed President Eric Rosengren cited health concerns.

The scandal threatens to block Powell's shot at another four-year term running the Fed. Powell's term expires in February and the White House has not said whether he will be renominated. The announcement also comes just after Senator Elizabeth Warren called for the Fed to...
Continue on edition.cnn.com
news.bitcoin.com

Once youâve accumulated some Ether (ETH), the native coin of the Ethereum blockchain, through buying the tokens or mining them, there will probably come a time when youâll decide to sell.
2
Share

An Ethereum wallet is a piece of software or hardware that allows users to interact with the Ethereum blockchain. Wallets allow users to manage their accounts on the Ethereum network.
1
Share

This Friday, Edward Snowden will be appearing at BlockDown: DeData, a virtual conference fully dedicated to the challenges and alternatives of ownership and consent in this new era where data is the m...
2
Share