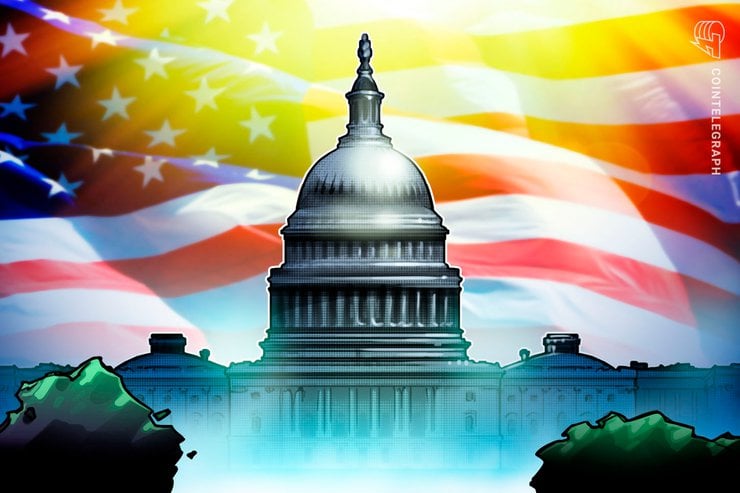 US Congress Considers A Draft Bill Claiming Stablecoins Are Securities

United States Congress is considering a draft bill that claims all managed stablecoins must be seen as investment contracts and therefore as securities.

Libra in the United States

The U.S. Representative for Texas's 29th congressional district, Sylvia Garcia, introduced a draft bill to the House Financial Services Committee on Oct. 18. The draft bill, called the ‘‘Stablecoins are Securities Act of 2019,” seeks to regulate stablecoins under the Securities Act of 1933. This entails “amending statutory definitions of the term security” to include the term “managed stablecoins.”

The proposed bill seems to be directed at Facebook’s Libra stablecoin, which is planned to launch in 2020. Lawmakers across the globe weigh in on the discussion in regards to stablecoins, such as Libra, and its perceived threat to the global financial system.

Cointelegraph reported today that Facebook founder Mark Zuckerberg, scheduled to testify before the U.S. Congress on Wednesday, plans to say that Libra will not launch anywhere in the world until U.S. regulators approve it.

Libra around the world

Recently, the G7 finance ministers and central bank governors stated that they would not allow any global stablecoin to launch without adequately addressing the related challenges and risks.

Similarly, the global monetary watchdog, the Financial Action Task Force (FATF), voiced its concerns over Facebook’s Libra and other stablecoins, claiming that mass adoption of such currencies could hinder efforts to detect and stamp out money laundering and terrorist financing.

Regulating Libra as a security

In an interview with Cointelegraph on Friday, Oct. 18, U.S. Representative Warren Davidson, known for his role in authoring the Token Taxonomy Act, said that Libra is ultimately classified as a security and therefore falls under the purview of the SEC.

Echoing today’s draft bill’s concern with a stablecoin being managed by a company, Davidson said...