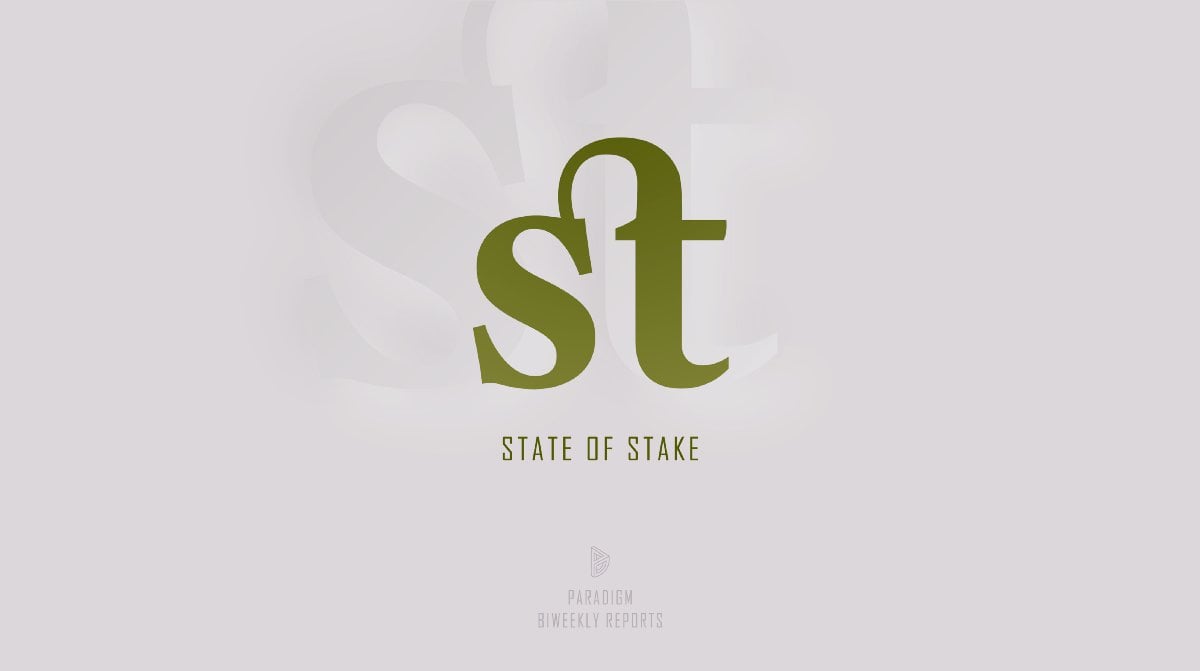 Vitalik’s updated roadmap diagram. Shanghai upgrade planning. Polkadot’s Nomination Pools are live: stake natively with just 1 DOT. Polkadot’s native token (DOT), initially offered, sold, and delivered to purchasers as a security, has morphed and no longer is a security. Game of Chains has started. The public testnet will run thru November. Validators will compete for prizes by completing various challenges — proving their ability to run Interchain Security. Gnosis Chain now has an official PoS testnet. Chiado is a Gnosis PoS testnet that’s primary purpose is to provide tooling for developers in a sandbox environment. Polygon is working with the Walt Disney Company after participating in Disney Accelerator. GameStop and Immutable announce trading rewards and staking. Japanese media giant GREE to build Web3 games and run nodes on Avalanche. The Algorand Foundation and Algorand Inc. are proud to announce the launch of a series of bounties hosted on Immunefi. An installment of Network Nervous System metrics regarding ICP inflation and staking. The Solana Foundation answers some questions about what is happening at the boundary of Epoch 370, and provides a place to get updated information. Synthetix Direct Integrations went live. The Kwenta treasury will distribute the owed 35% of the initial supply to Synthetix stakers and Synth traders. Kava news for August — October has been published. Kava EVM 2.0 launches this holiday season. Another jam-packed month for BNB Chain as they ready the release of zkBNB, port multiple features into Akula and prepare the proposal of BEP-171 among other important updates. Latest Aave News: Aave Grants uUpdate & new grantees, JP Morgan using Aave, and staked aTokens. Plus, risk update from Gauntlet, governance update from Boardroom, and more. Aave is coming to zkSync 2.0. KyberSwap has integrated Multichain to bring even more ease and accessibility to KyberSwap users. NEAR Protocol roadmap 2023–2024 has been published. The iOS version of the 1inch Wallet is back on the App Store, offering a more intuitive user experience and compatibility with other wallets. To kick off the one-year mainnet anniversary, Injective is launching the Ninja Pass: the ultimate all-access passport to the Injective ecosystem. Check out this map that highlights some of the most important Tezos DeFi projects in one place. Oasis Network partners with Covalent, bringing data accessibility to the platform. Dock Certs, the platform that enables users to easily issue, verify, revoke, and manage fraud-proof Verifiable Credentials, now has a Certificate Designer feature allowing users to customize the design of their credentials. Elrond transforms and expands into MultiversX. Elrond-go v.1.3.48.0 is here and brings heartbeat v2 improvements, more API endpoints and several fixes. The ICON team continued making progress on BTP and ICON 2.0. Regen Network Partners on Return Protocol’s climate action platform launch. New Secret post from SCRT Labs CEO Guy Zyskind: “Secret 2.0 — Request for Feedback”. The StaFiHub governance platform with the cooperation of Commonwealth has been introduced. Are you ready for the world’s first FEVM hackathon next week? FEVM is the Ethereum-compatible layer of the Filecoin Virtual Machine (FVM). Celo Camp Batch 6 Demo Day is next week. Highlights, network insights, and news from across the 0x ecosystem. Bifrost October Monthly Report is out. GRT is now part of HYVE’s ecosystem. Zilliqa is listed on OKCoin Japan. And much more!

-Next call to focus on triage of Shanghai upgrade EIPs

Polkadot’s native token (DOT), initially offered, sold and delivered to purchasers as a security, has morphed and no longer is a security. Nomination Pools are Live! Stake natively with just 1 DOT. Now that nomination pools are live, you can stake natively and earn rewards with as low as 1 DOT. Native, protocol-level nomination pools represent a major innovation in the broader blockchain industry, making staking accessible to all, even those with less tokens. Congratulations to Crust Network on winning Polkadot’s 30th parachain auction. Its team is building decentralized cloud storage on Polkadot by supporting multiple storage-layer protocols, and exposing instant accessible on-chain storage functions to users. Referendum 81, to on-board Collectives as a common-good parachain, is passing with 99% in favor Jonas Gehrlein, W3F researcher, has released a preprint on his research on validator selection in Polkadot. The second edition of the Polkadot Academy will take place in Buenos Aires from January 10th to February 10th, 2023. Join to become a leading blockchain engineer. Sub0, the Polkadot Developer Conference, is back this year from November 28th to 29th in Lisbon, Portugal and online. Missed Polkadot Community Call — October 2022? Check out the recordings to hear the latest updates, referenda, and treasury proposals for Polkadot & Kusama, as well as hear from ecosystem teams. Polkadot & Web3 Educational Courses Launching on edX. Note that upgrading to runtime v9320 will activate Gov v2. Polkadot’s codebase turns 5:

Synthetix Direct Integrations went live. Direct integrations allow governance to establish a unique environment for integrators, allowing them to pass on lower fees (&more) to their users and driving new integrators to the SNX Ecosystem. Synthetix Staker & Synth Trader Aelin Pool: The Kwenta treasury will distribute the owed 35% (109,680.55 KWENTA) of the initial supply to Synthetix stakers and Synth traders. What is Synthetix V3, and why is it important? Let’s get into it. Synthetix V3 aims to accomplish what Synthetix set out to do many yrs ago — transforming the protocol into a permissionless derivatives platform. How will Synthetix get to V3? Perps V2 summary and updates: Synthetix Perps V2 hopes to enable risk low-fee traders, unconstrained open interest limits, and broader asset compatibility.

Kava News: August — October. It’s been a busy quarter, and the Kava ecosystem has been relentlessly growing, adapting, and BUIDLing. Here are some of the highlights:

-40+ protocols have joined KavaRise, including Curve, Sushi, and Beefy

-Master Multichain bridging to the Kava 3pool on Curve

That’s all for today! Your feedback is highly appreciated! Let us know what you think about the format & content.

2H Ago
Ethereum keystore - what is in it?
Ethereum
yurichev.org
9H Ago
Kraken plans to eliminate 1,100 workers globally.
The demand for digital assets this year has been severely hampered by difficult market conditions, according to cryptocurrency exchange Kraken, which announced on Wednesday that it would reduce its global workforce by 30%, or roughly 1,100 employees. Investors have fled risky assets because of rising interest rates and concerns about an economic slowdown, and recent...
Ethereum
moneywreckers.com
15H Ago
Ropsten Shutdown Announcement | Ethereum Foundation Blog
Ethereum
blog.ethereum.org
15H Ago
Uniswap NFT marketplace aggregator
Buy and sell NFTs across more listings at better prices on Uniswap. NFTs on Uniswap saves you time and money by aggregating listings from the largest marketplaces.
Ethereum
uniswap.org