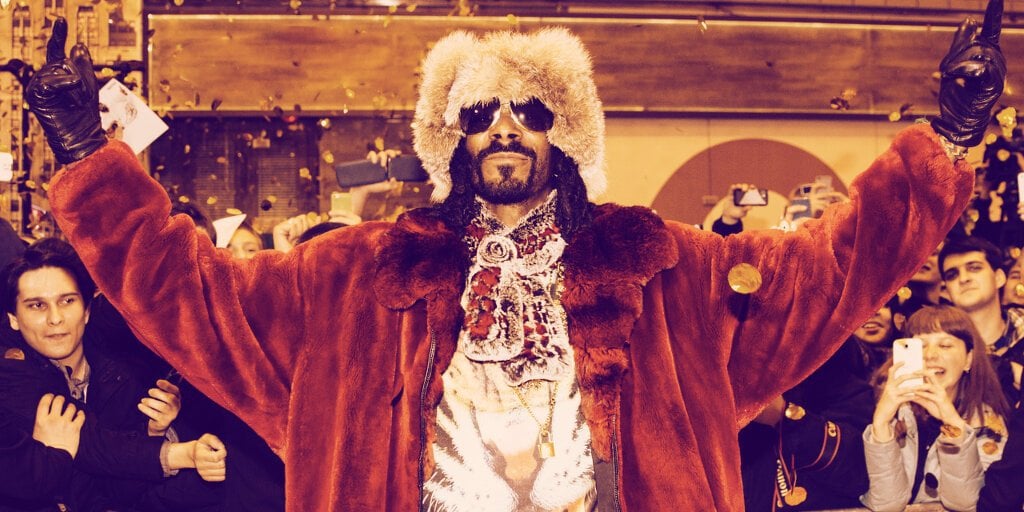 Snoop Dogg is recreating his California mansion in The Sandbox, a decentralized metaverse game on Ethereum that minted its first wave of virtual lots in the “Snoopverse” yesterday. A plot next to Snoop’s virtual property sold today for close to 71,000 SAND, the native token of The Sandbox, which is about $450,000.

Virtual land in The Sandbox is being sold as NFTs, which are unique tokens that grant ownership rights over digital items—in this case, plots of digital real estate. The Sandbox LAND NFTs can be bought and sold just like any other NFT on platforms like OpenSea.

In response to the news that a plot next to his sold for $450K, Snoop Dogg tweeted out, “Won’t you be my neighbor.”

Mathieu Nouzareth, board member of The Sandbox, told Decrypt that the company approached Snoop about collaborating that "he was immediately very interested in The Sandbox."

"We're going to do multiple things with him," said Nouzareth. "The next campaign is going to be around selling LAND with Snoop Dogg, and then we have this big concert. We sold 1000 tickets, and it's coming early next year."

At a much lower price point, 122 standard LAND NFTs are also for sale at 1,011 SAND in the area around Snoop Dogg’s virtual estate. There are also 67 premium LAND NFTs, which cost 4,683 SAND, with each one including three additional NFTs as a bonus. The bonus NFTs may include private party passes, which grant holders access to Snoop’s private parties in The Sandbox metaverse.

The buyer who paid $450K for one of the “estates” in the Snoopverse is an NFT collector who goes by the name P-Ape. According to their OpenSea account, they have additional notable holdings of Bored Ape #6445, current...

I have always wanted to provide my customers with 100% transparency on the technical stack we use to help them
ETH +0.38% · self.ethdev · 12h