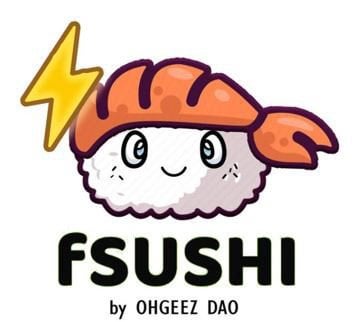 The cryptocurrency community has been abuzz with the recent launch of fSUSHI, a new protocol built on top of SushiSwap and Flashstake. fSUSHI allows stakers to earn instant, upfront yield without waiting for it to accrue, giving them a unique advantage in the fast-paced world of yield farming and staking.

The fSUSHI protocol utilizes a new token called fSUSHI, which can be staked for xfSUSHI and receives a portion of the fees generated from the Flashstake strategy built for SushiSwap. This means that stakers can earn base SUSHI rewards, fSUSHI emissions, and fees from the protocol, all in one place.

One of the most exciting features of fSUSHI is the ability for liquidity providers (LPs) to access yield instantly through a process called “flash staking.” This allows users to stake their LP positions and receive upfront yield, rather than waiting for a set period of time to pass.

For more information on the features of fSUSHI and how it brings a new dimension to the DeFi space check out the thread below.

This innovative approach to yield farming and staking has garnered attention from the cryptocurrency community, with many praising fSUSHI for its unique features and focus on user rewards. It’s clear that fSUSHI is a promising player in the highly competitive DeFi space, and its launch has many people excited to see how it will perform.

You can access the beta website here to see if you qualified and claim your airdrop: https://fsushi.org/

Flash staking is a game-changer for many LPs who want to maximize their yield without having to wait for it to accrue over time. It’s also beneficial for the SushiSwap protocol, as it increases TVL (total value locked) and fee revenue. With stickier TVL, both protocol growth and fee revenue are likely to see a boost, making fSUSHI a win-win for both users and the protocol itself.

So how can you get your hands on some fSUSHI? If you didn’t qualify for the airdrop the rest of the fSUSHI tokens are being minted through a smart contract called SousChef. This will work similar to many other AMM token farming models so stay tuned for more information soon.

fSUSHI has an inflationary model, with weekly emissions being adjusted as (last week’s ‘circulating supply’) x (99%), where ‘circulating supply’ is equal to (total supply of fSUSHI) — (locked amount in xfSUSHI). This means that the more people who lock their fSUSHI into xfSUSHI, the less fSUSHI will be emitted. You can check out an estimated fSUSHI emissions schedule HERE.

fSUSHI is an exciting new development in the world of DeFi, and its unique features and focus on user rewards make it a promising player in the market. Keep an eye on fSUSHI as it continues to make waves in the world of yield farming and staking.

As always, it’s important to remember that DeFi yields are subject to fluctuations, so be sure to do your own research and due diligence before committing to any protocol. However, with its instant yield feature and innovative approach to earning rewards, fSUSHI is definitely worth keeping an eye on as it enters the competitive DeFi space.

To keep up to date on everything fSUSHI follow our twitter and join the OhGeez DAO community. Links below.

9H Ago
Ethereum Solo Staking vs Staking as a Service
Start solo staking Ethereum with Launchnodes. Solo staking offerscomplete independency of your infrastructure and full rewards with no commissions.
Ethereum
launchnodes.com
11H Ago
Logan Paul, Founders Sued For CryptoZoo Scheme
A police officer representing a class action is filing a lawsuit in the Texas Western District Court against CryptoZoo founder
Ethereum
thedeepdive.ca
1D Ago
ethnode.fyi shows live console output from a node running the Geth and Prysm clients
Live geth and prysm client output.
Ethereum
ethnode.fyi
1D Ago
An EIP to save wallets from offline signature scams
ZenGo proposed a solution to the problem of offline signature exploits, which have led to the theft of NFTs and funds over the last few years.
Ethereum
theblock.co