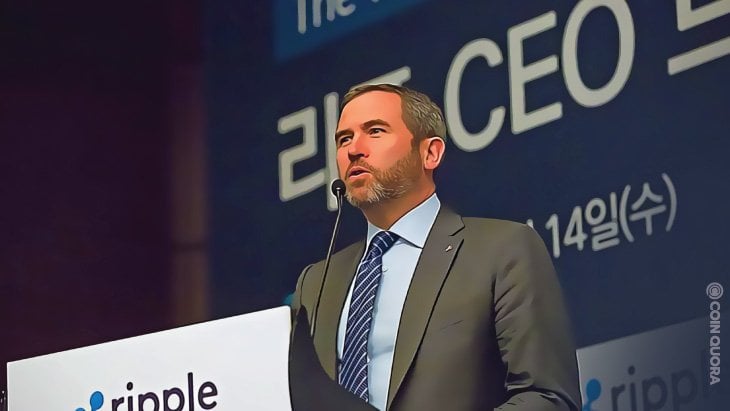 Lol what? - ”Ripple CEO Says the SEC Helped Ethereum to Surpass XRP as No.2 Crypto”

Ripple CEO Says the SEC Helped Ethereum to Surpass XRP as No.2 Crypto by Calev Ford

At the DC Fintech Week virtual conference on October 21, Ripple CEO Brad Garlinghounse aired his thoughts on the state of the crypto market and regulations. Besides, he holds a grudge over the financial regulator’s approach to Ethereum.

In addition, Garlinghouse declared that the US Security and Exchange Commission (SEC) granted Ethereum regulatory green light that enabled it to surpass his firm’s XRP token.

Likewise, the Ripple boss feels that his firm has been played out. But, at the same time, Ethereum’s subsequent success is at least in part down to more favorable treatment by the US SEC. Also, Garlinghouse stated that it is affecting its market. He said,

“Within the last few years, XRP was the second most valuable digital asset. As it became clear the SEC had given a hall pass to ETH, ETH obviously has exploded, and that clarity has helped.”

To clarify, XRP was the second-largest crypto asset by market cap in late December 2017. But, currently, it has dropped to seventh place while Ethereum has kept the second spot ever since.

Furthermore, the reason why XRP dropped is the US SEC pursuing Ripple over claims that XRP is unregistered security. In fact, in January, Ripple filed a Freedom of Information Act request with the US SEC demanding to know why it didn’t consider ETH security.

As a result, later in July, a district judge allowed the firm to depose a former official who declared in 2018 that ETH was not a security.

Once youâve accumulated some Ether (ETH), the native coin of the Ethereum blockchain, through buying the tokens or mining them, there will probably come a time when youâll decide to sell.
6
Share

An Ethereum wallet is a piece of software or hardware that allows users to interact with the Ethereum blockchain. Wallets allow users to manage their accounts on the Ethereum network.
4
Share

This Friday, Edward Snowden will be appearing at BlockDown: DeData, a virtual conference fully dedicated to the challenges and alternatives of ownership and consent in this new era where data is the m...
4
Share

Chinese officials have discovered how the country's citizens use the technology to bypass government restrictions and send money out of the country.
36
Share