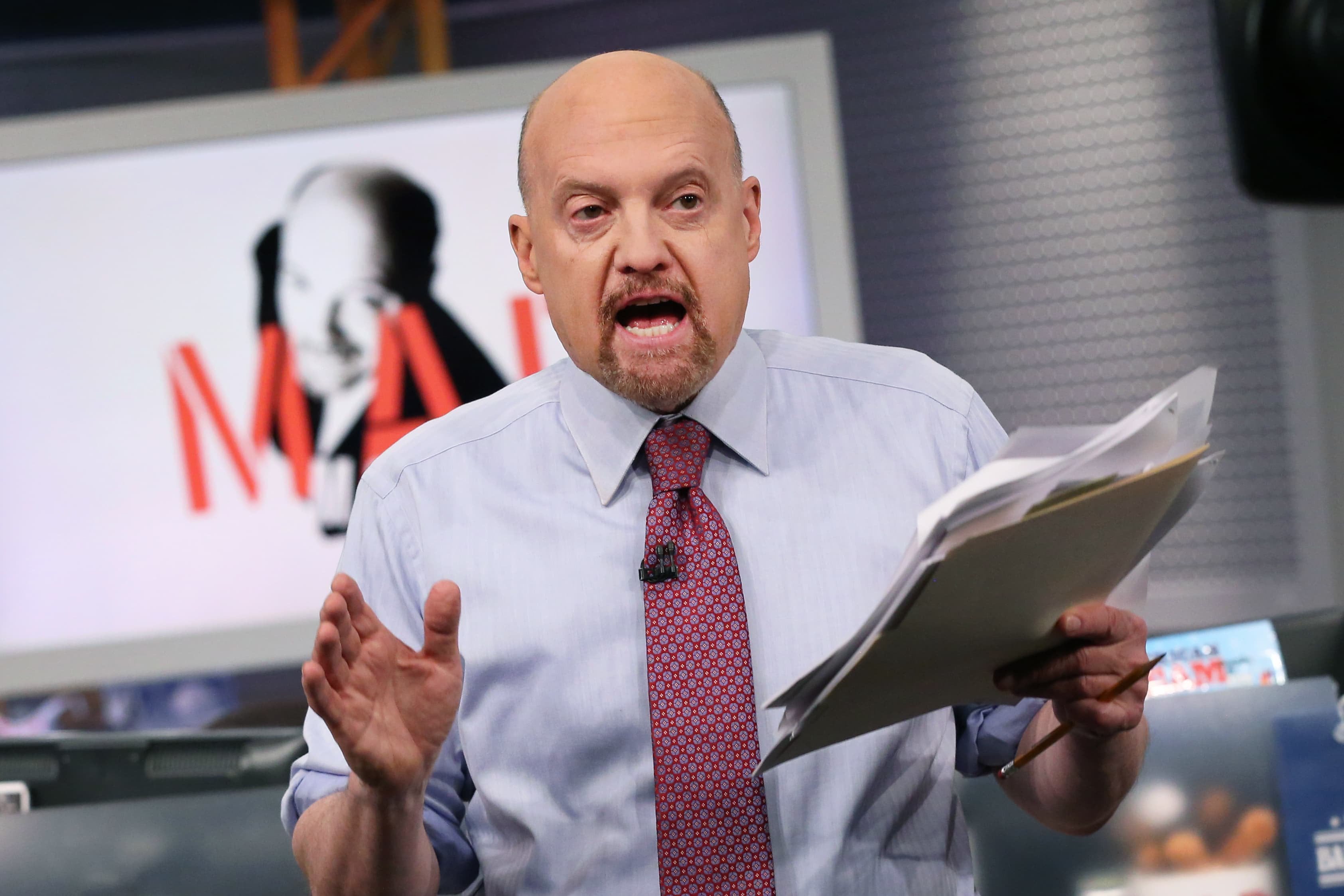 PSA: Just over 3 weeks ago Cramer begged us all to sell our bitcoin. Don't ever listen to corporate shills. They do not have our best interest at heart.

"I know the crypto-lovers never want to hear me say sell, but if you've got a big gain as I did, well, I'm begging you to," the "Mad Money" host said. "Don't let it become a loss. Sell some, stay long the rest, then let's wait and see if China changes its attitude toward an Evergrande bailout."

Cramer said his crypto concerns right now begin with tether, a stablecoin that's pegged to the U.S. dollar. Tether is the third-largest cryptocurrency by market value, trailing only ether and bitcoin, which are second and first, respectively. Cramer has a position in ether, which runs on the Ethereum blockchain.

"The problem with tether is that it's backed by various holdings and roughly half of those are commercial paper â short-term loans â and much of that is believed to be, but we don't know, Chinese commercial paper," Cramer said.

Evergrande is a major property developer in China, and beyond real estate, it has multiple other business units operating in industries such as health-care services and electric vehicles. The company has more than $300 billion in total liabilities and recently warned investors it may default on its debts.

Crypto investors need to be alert while the Evergrande situation unfolds even if they don't personally own tether because the stablecoin is used to purchase bitcoin and ether, Cramer said. "If tether collapsed, well, then it's going to gut the whole crypto ecosystem," he said. "So if you own crypto in any form and you'...

China National Development and Reform Commission (CNDRM) is now seeking public opinion on the inclusion of crypto mining in its list of “phased-out” industries.
307
Share