How Argentina shows the future of money 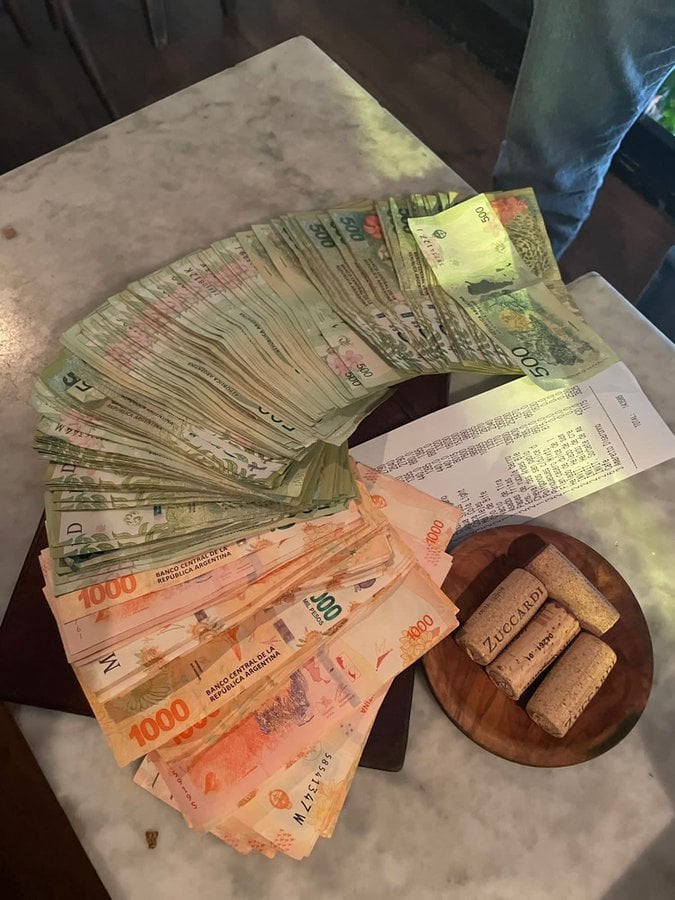 How Argentina shows the future of money

Argentina has always been a fascinating country in terms of economics. Despite its advantageous geography, natural resources and climate, it’s always been a poster child for poor governance and economic failure.

The local currency, the Argentine peso is the quintessential example of what happens when inflation gets out of control. With inflation in the double and sometimes triple digits and with various currency controls in place, the locals have learned to use two kinds of money: the good (USD, bitcoin and other cryptos) and the bad (pesos).

These two types of money serve different purposes. The bad is used for everyday purchases of items, such as food and other essentials. The good type is used for savings and big ticket purchases. The typical Argentine will earn in pesos, buy their essentials with pesos and whatever is left will be quickly converted into good money. Big ticket items such as houses or cars are often priced in US dollars and the locals are adept at valuing such items in their heads as dollars.

Much of the reason for this preference comes down to the fact that inflation is high and the currency controls in place make it difficult to convert large sums of pesos into hard currency. It is also difficult to use pesos to buy foreign goods, as few foreign vendors will accept it due to the inflation and difficulty converting it into their local currency. If you want to see this in real life, cross the border into Uruguay and try to buy something with pesos. The locals will either refuse or charge you a massive premium.

Argentines want to minimise the time they hold pesos and spend them immediately, rather than hold on to them and see the value drop. As Gresham’s law states:

You might be thinking, sure this is the case in Argentina, but not countries like the US, and to an extent you are right, at least for now.

While the US and other first world countries are no where near as bad as Argentina, we are on the same trajectory and it’s only a matter of time til we see a similar dynamic between fiat and bitcoin. In fact, the entire HODL movement is somewhat inspired by this idea, as HODLERs want to hold and never sell their good money for bad.

With inflation hitting new highs, the general trend of fiat heading towards zero and the rise of digital currencies; it’s only a matter of time til we will see both compete.

We will earn in dollars and spend in dollars, but save in Bitcoin and other crypto currencies. Bitcoin will become a secondary type of money, one that we hold for savings and large purchases as we battle with inflation in fiat money.

In 1944 the Bretton Woods agreement set into motion the switch from the pound to the US dollar as the reserve currency; as the power dynamic shifted from the UK to the US. This is not the first time this has happened in history, before the pound we had the dutch gilder. With the US dollar as the reserve currency today, we see many countries not only accepting dollars, but many actually prefer it to their local currency.

However the US dollar, like every other fiat currency, is being debased on a constant basis and many have wondered what could replace it. Many have suggested that the Chinese Yuan or Euro could be a good candidate, but these suggestions are totally dubious. The Chinese Yuan is heavily controlled by the CCP, is not freely convertible and is barely ever used in cross border settlement. The Euro is freely convertible but is dwarfed by the US dollar in global trade and importance. The reality is that the US is still the sole superpower and no other fiat currency is able to replace it.

Bitcoin is permission-less, censorship resistant, programmable and has a predictable monetary policy. As its market cap and use increase globally, it will be able to take over as world money and be used for cross border commerce on a large scale (with adoption of layer 2 solutions such as lightning). It will be the first time that we have a truely free, open and decentralised monetary base for worldwide commerce and I welcome the change.

Agree or disagree with this article? Leave your comments below…

4H Ago
Open-Sourcing the Starknet Prover
This is a milestone in the evolution of Starknet. Discover the decision to open-source the Starknet prover and explore the benefits it brings to the Starknet ecosystem. As a public good…
Ethereum
starkware.medium.com
1D Ago
Why crypto games suck (and how to make them suck less)
Some argue that a hobby that you earn money from makes it a job, others argue that you could monetize your hobby and still have it remain a hobby. I believe that a hobby is something you do to have…
Ethereum
medium.com
1D Ago
This scammer wants your money. Here’s how he’s gonna get it…
Recently exploring new projects in which to invest and trade I’ve realized how advanced scams have gotten. I felt for one. So in this article I’m going to share with you how to protect yourself and…
Ethereum
merunasgrincalaitis.medium.com
1D Ago
Bedrock Explainer: explaining the technical details of Optimism's latest release of the OP Stack
Learn all about Optimism's game-changing Bedrock upgrade.
Ethereum
optimism.io