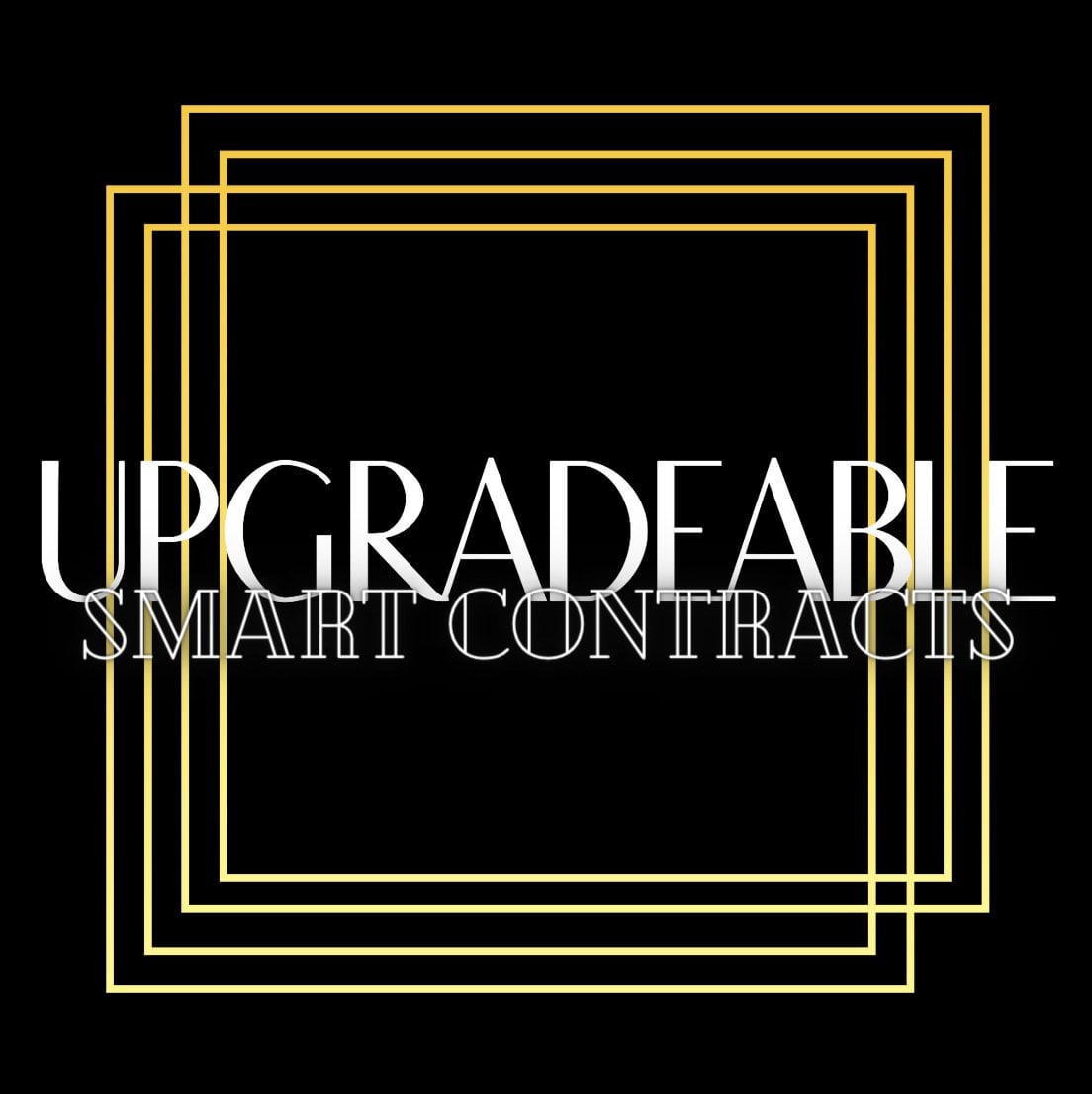 My previous article highlighted a new initialization process used by EIP-2535: Diamonds as “A better way to initialize smart contracts.” This article will cover upgradeable smart contracts in more detail to defend my claim and provide insights. After reviewing upgradeability more generally, the following focus points will be discussed:

Smart contracts are immutable, meaning the code can’t be changed during deployment, which provides benefits and challenges. The trustlessness of the blockchain relies on immutability, yet exploitable bugs discovered on a smart contract can not be repaired without upgradeability. It is essential to understand upgradeability doesn’t change the immutability of smart contracts; Instead, it introduces a new smart contract to replace the previous one. There are a variety of different upgradeable strategies, varying in levels of transparency and complexity —

The social convention approach attempts to “upgrade “through community convention. Developers introduce a new smart contract and urge/motivate/incentivize the community to use it as a replacement. This is the most transparent approach since it relies on users’ willingness to change.

The parameterization approach does not necessarily introduce “upgrades” but allows behavior to be modified. Parameterized variables on the smart contract accept injected values and change the system’s behavior accordingly. This approach is less transparent than the previous one since unique values can be injected but still transparent since the implications are clear and immutable.

The proxy approach uses a proxy contract to manage state variables while pointing to an implementation contract to provide the logic. This approach allows upgrades to occur without compromising the underlying data. This approach is the least transparent of the group since users could be unaware of underlying logic changes. These, however, can be identified upon inspection. The proxy method is the standard and will be focused on for this article.

The proxy approach is the most common approach for structuring upgradeable contracts. There are three main styles for architecting a proxy system —

Transparent Transparent proxies manage access control and upgradability in the proxy. Admins and users are restricted to logic that exists in their scope of access. For example, admins can only call admin functions and vice versa for users. Universal Upgradeable Proxy Standard (UUPS) UUPS removes the admin and upgrade interface from the proxy. As a result, the proxy is not upgradeable by itself; it depends on the implementation contract to include the logic necessary to perform an upgrade. Diamonds Diamonds add a layer of granularity by including a mapping that routes function requests to the respective implementation contract containing the logic. Logic, including the upgrade interface, is separated into implementation contracts (facets) with the individual contract addresses contained in the mapping. Transparent and UUPS Proxies

This function executes a series of actions in the following order —

The result is a proxy contract and an implementation contract that can be upgraded using upgrades.upgradeProxy.

While Solidity ensures a constructor can only be called once; Solidity does not limit the number of calls that can be made to a regular function. To prevent an upgradeable contract from being initialized multiple times, the initialize() function must include a check that allows the function only to be called once:

OpenZeppelin provides an Initializable base contract with an initializer modifier that can be used for this:

The implementation contract is deployed then the proxy is connected to it. Once completed, the initialize function must be called from the proxy to initialize the state variables.

EIP-2535 Diamond standard introduces a generic proxy contract, the Diamond, which includes an internal diamondCut() function and exposes a fallback function, which dynamically dispatches function calls to the facets called from the Diamond.

The _diamondCut param contains a mapping array of function selectors and implementation (facet) contract addresses. The second and third arguments of the diamondCut() function are used for initializing the state after an upgrade.

Diamonds use a separate initialization contract, DiamondInit, to provide a function call after a Diamond is upgraded for initializing state variables. DiamondInit functions can have parameters and can be reused as needed once deployed. During the execution of an upgrade, using the _initand _calldataarguments allow state initialization to occur in the same transaction.

Both workflows are similar, but the key differences include the following:

delegatecall routes the _calldata argument to the DiamondInit contract to initialize the state. DiamondInit functions can have parameters and can be reused as needed once deployed. Upgrades and initialization occur in the same transaction. The implementation of diamondCut() prevents function selector clashes.

While there are similarities between UUPS and Diamond proxies, the differences introduce notable implications.

UUPS replaces the constructor with an initialize() function, which requires additional code since regular functions are not designed only to execute once. Regular functions are included in bytecode and are not intended to limit the number of calls being made to them innately.

Risk: logic allowing initialize() function to only be called once must be included to prevent multiple initialization calls from being made. Initializing

Solidity automatically invokes the constructors of all ancestors of a contract; when using a UUPS proxy setup, this must be handled manually for the initializers of parent contracts.

If the order of arguments, representing the state variables in the proxy, is changed in the implementation contract initialize() function, a storage clash will occur.

Risk: Unsafe upgrade pattern can result in a storage clash that incorrectly overwrites variables on the proxy. Self destruct function Do not use selfdestruct or delegatecall in your contracts.

Risk: all contract instances will end up delegating to an address without any code, and the proxy can not be upgraded since the logic existed on the implementation contract.

A proxy contract that executes delegatecall with an implementation contract selfdestruct function would be destroyed.

Risk: proxy contract, including all state data, is destroyed.

Diamond Cut allows an external function call to be made after an upgrade.

Diamond initialization logic is separate from the implementation and proxy contract.

Benefit: Initialization logic is not exposed to malicious actors on proxy or implementation contracts.

Diamond initialization contract can be parameterized and reused after deployment.

Benefit: Execute upgrade with all required state variables initialized in the same transaction.

12H Ago
Indexing Chainlink Price Oracles - Reliable and Decentralized Web3 Pricing Data
Discover the power of Chainlink Price Oracles. Get real-time, accurate crypto pricing data from multiple decentralized sources. Learn more about the Indexing Company's transformation engine and its capabilities. Email us at [email protected] to get !
Ethereum
mirror.xyz
15H Ago
The Contrarian Did What? Sold his Crypto Bet
Sold his BTC bet
Ethereum
somereverie.substack.com
16H Ago
The Seed Phrase Debate: Do Wallets Actually Need Them?
Seed phrases are the crypto industry standard for recovering broken or lost wallets. But they have become a major pain point for users.
Ethereum
blockworks.co
20H Ago
Ethereum Geth's Share Drops From 90% As Developers Adopt Alternatives
Ethereum Geth has dropped from 90% to just over 66% in the past few months as developers adopt alternative implementations.
Ethereum
btc-pulse.com