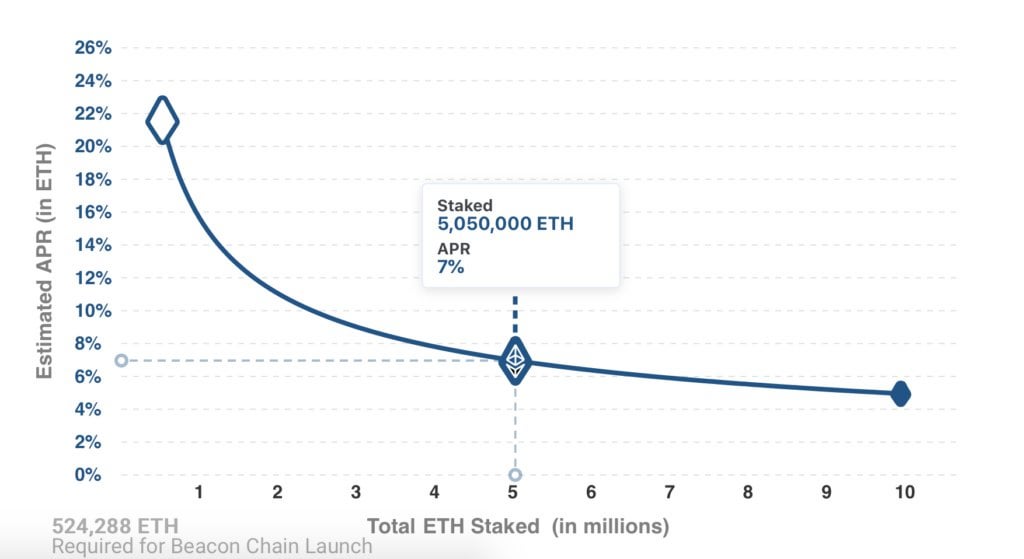 Ethereum price surges past $400 on news of ETH 2.0 contract release

Ethereum’s price ended its stagnation phase today after news broke regarding the deployment of the ETH 2.0 contract address that has been highly anticipated for many months.

Before the contract deployment, ETH’s price was stagnant around $380, with it instantly seeing a 10% surge after traders caught wind of the development.

Ethereum 2.0 is set to help resolve the scalability issues that have plagued the network as of late and help incubate further utility and spur both user and developer adoption.

Clearly, traders view this network upgrade as a bullish development.

From a technical perspective, one benefit that ETH 2.0 provides to Ethereum’s price action is the staking feature expected to lock up a significant amount of the token’s circulating supply, which will contribute to it seeing further upside.

While looking at the contract’s deposit address, it appears that there’s already nearly $2 million worth of the cryptocurrency locked, showing serious demand for ETH 2.0 nodes.

At the time of writing, Ethereum is trading up roughly 4 percent at its current price of $402. This marks a notable surge from its recent lows of $380 that were set earlier today.

The break above $400 is technically significant, as it could spark a rally that allows ETH to gain some ground against Bitcoin, which has been far outperforming all altcoins over the past few weeks.

This upswing’s impetus was the ETH 2.0 deposit contract’s deployment, signaling that the highly anticipated network upgrade will come about in the near-term.

The deployment of this contract was announced in a recent blog post that came about minutes before the price surge that allowed it to reclaim the crucial $400 region.

Staking is one of the hallmarks of the 2.0 upgrade, which will allow investors to deposit a minimum of 32 ETH into a va...