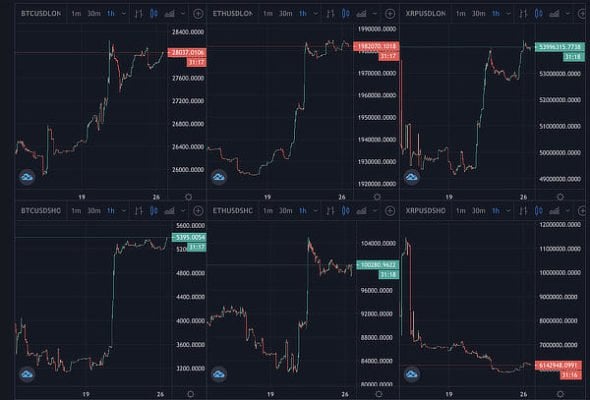 Close to a billion dollars worth of eth is currently betting its price will go up compared to “just” $365 million for bitcoin.

That makes it a new all time high for ethereum in just one exchange, Bitfinex, with it unclear just what exactly is goin on as these longs seem to have only one direction.

Despite price falls, for example, the longs don’t appear to quite respond, suggesting perhaps this is some sort of hedge or maybe a very big bet by someone with plenty of capital to cover the margin/s.

This bull run in longs appears to have began since spring 2018 with it gradually growing even during the 2019 bear.

It’s during spring this year however when we see a huge straight up spike, due to perhaps those lucky enough to long at the $80 bottom earlier this year.

Since then price has more than 4x-ed, while longs have gone straight out vertical in a short period of time.

It may well be there’s just more participants in the market who think price will go up, with a similar peculiar behavior noticed for bitcoin longs in 2015-16.

People are perhaps just betting that this will rise and due to a strong belief are doing so with leverage.

So we get a pretty nice bull market in longs, with it unclear where its top may be or how it will interact with spot prices.