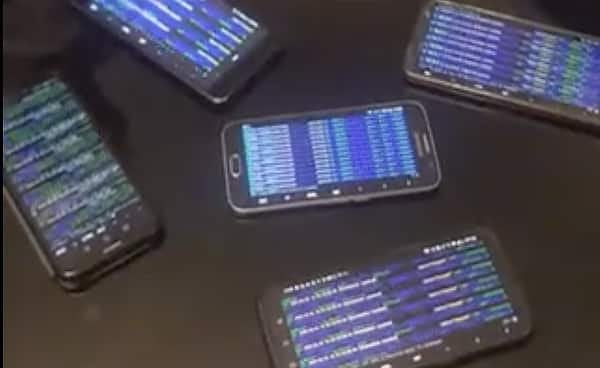 The three main ethereum 2.0 clients have been one upping each other with Status’ Nimbus coming on top for now with their announcement you can run the ethereum 2.0 testnet on mobile as pictured above.

“The ethnimbus team is currently meeting in Brussels, playing with the first mobile Eth2 testnet,” said Mamy Ratsimbazafy, an eth researcher at Status.

In a tutorial they go step by step on how to get eth 2.0 on mobile, starting with downloading a Linux sandbox for Android.

Meaning iPhones have to wait for now, but for Android if you have 2.2 GB to spare you can download eth1 as well, giving you a bit more security than a plain wallet.

However, it appears this mobile testnet is a demo of sorts based on Ratsimbazafy’s answer to Vitalik Buterin, the ethereum co-founder, asking: “Have numbers for (i) bandwidth (estimated MB/day) and (ii) how much it contributes to battery drain?” Ratsimbazafy said:

“For now, it’s completely unrealistic because we were using star topology (connected to a single peer) but that’s something that we will focus on as that was the main issues we had with Geth and Whisper for the Status App/Messenger.

And it was on minimal preset though my raspberry Pi4 talk at Devcon was using mainnet so it’s definitely possible to run at least the beacon chain on low power devices.

I’d say the biggest unknowns are the number of peers for Phase 0 and the overhead of phase 1 and 2.”

Status has a dapp browser , so they might focus more on the mobile aspects of ethereum 2.0, perhaps optimizing their clients for that.

The obvious question is why would you want to run ethereum 2.0 on a phone and the answer is probably diversity.

As you might know ethereum 2.0 punishments depend on how many stakers go offline or misbehave at the same time, either intentionally or by accident.

So an always plugged on cheap Android might give hardware diversity as most would probably run on desktop.