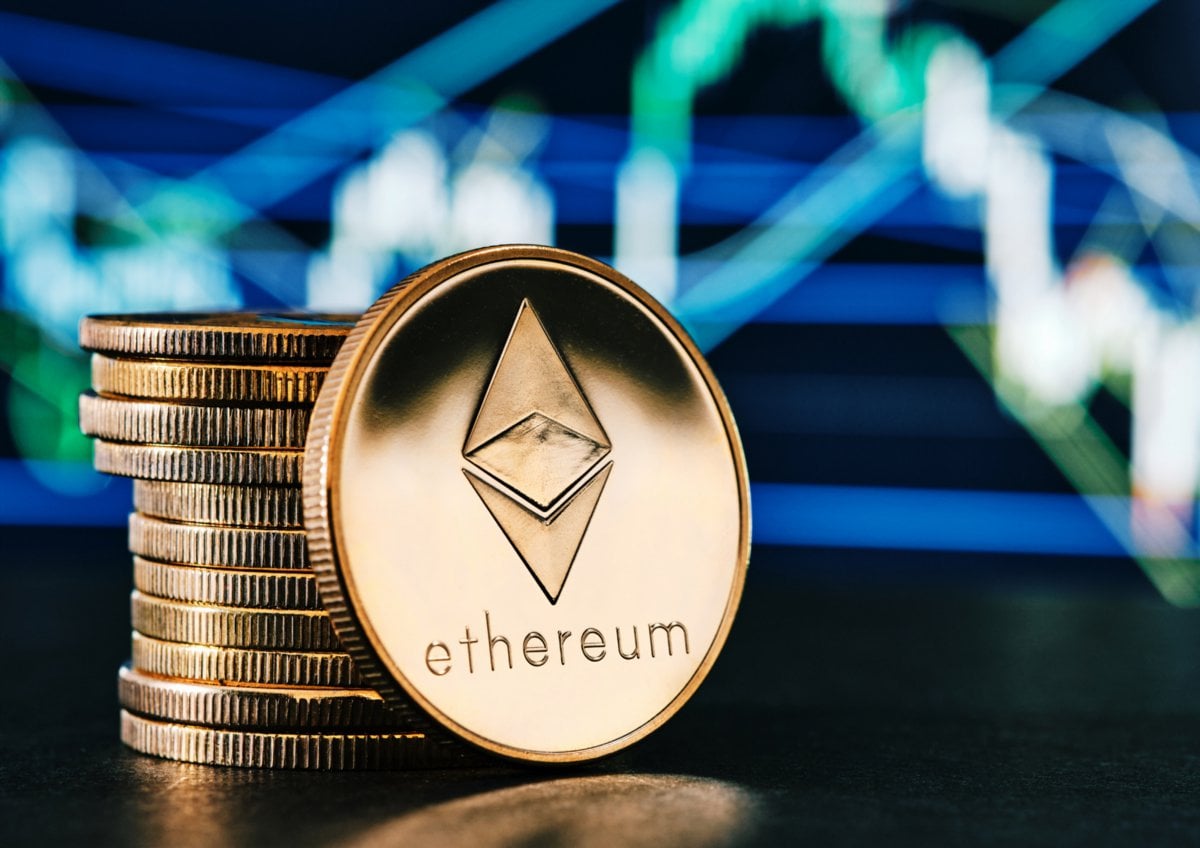 In this series of articles, we’re going to take a deep dive into several layer-1 blockchains and examine various criteria of each, including security, decentralization, scalability, the state of DeFi, NFTs, and innovation.

In my view, each one of these factors plays a pivotal role in the ability of the infrastructure network to become the best layer-1 blockchain.

A Brief History of Ethereum

Ethereum was the first blockchain to introduce smart contracts, with the ability to deploy immutable code onto the blockchain for interactions with users. Smart contracts opened the door for many innovative ideas such as decentralized exchanges, money markets, ERC20 tokens, and NFTs.

Ethereum was initially launched as a proof-of-work (PoW) blockchain, which used an inordinate amount of power resources. This led to a lot of criticism from environmentalists, politicians, and even people from within the crypto community. In addition to Ethereum’s carbon emissions, its PoW blockchain had several other problems such as high gas fees and the network’s inability to scale up.

Ethereum developers came up with Ethereum 2.0, which constituted a series of network upgrades that are supposed to solve most of these problems. The first part of this effort took place in September 2022 when Ethereum successfully switched its consensus mechanism to proof-of-stake (PoS), which saved up to 99.99% of the network’s energy usage. The transition to PoS changed a lot of Ethereum’s fundamentals, and therefore in this article, I will examine Ethereum in its current iteration as a PoS blockchain.

In August 2022 the US treasury sanctioned the Ethereum mixer service Tornado Cash; the project’s domain was taken down, GitHub removed their repository, and the developer accounts were suspended. A few days later, the project’s founder was arrested. Thousands of wallet addresses that interacted with the protocol were blacklisted, among which were celebrities Logan Paul and Jimmy Fallon, who both claimed that someone sent funds to their wallet using the protocol, even though they never interacted with it.

This incident raised many concerns in the crypto community about whether Ethereum can ever be truly decentralized. The main question that arose was if the validators comply with regulations. If they do, this has deeper implications than just Tornado Cash. It means the US government could effectively censor Ethereum at the protocol level, in which case the US government would pretty much control the Ethereum Network.

According to MEV Watch, in the past 30 days, 72% of all blocks minted were OFAC compliant. This means that if the US government would decide to ban any DeFi activities today, then 72% of blocks produced on Ethereum will exclude DeFi transactions. Should this scenario ever happen, it would be absolutely catastrophic for the crypto industry.

In the wake of The Merge, many concerns have been raised about Ethereum’s decentralization. There weren’t that many validators and the majority of those nodes were being run by a small number of centralized entities and protocols. As of today, Lido Finance runs 26.6% of all validator nodes, Coinbase 12.3%, Kraken 7.46% and Binance 5.64%.

There’s a simple reason for those numbers. To run a validator node and earn rewards on your staked ETH at home, you would need to pledge at least 32 ETH which, as of today, is worth roughly $37,000. This extremely large amount of money makes it unapproachable for the average investors to run a validator node on their own.

Despite those somewhat disturbing numbers, Ethereum validator nodes have more than doubled in number since The Merge. This is a good and healthy sign that the network is going in the right direction.

Ethereum has a substantial market cap and enough validators to make the network secure enough, and this makes attacks on the network extremely costly. For example, in order to perform a 51% attack on the Ethereum network, the malicious actors would have to acquire 51% of all staked ETH. That’s around 8 million ETH, which comes out to roughly $10 billion. Even if they do manage to pony up that much ETH, once they initiate the attack, the network will recognize it and will slash the attackers’ ETH, causing them immense financial loss.

MEV (Miner Extractable Value) is any value that is being made by block builders who exclude, reorder or include transactions on blocks they are building. Basically, it means sometimes block builders will use the knowledge they have on the transaction being submitted into the meme pool and manipulate the order of the transactions in the meme pool to their own profit and on the user’s expanse. MEV has become less common since the transition to PoS, but it still exists. In the past 3 years $680 million were extracted from users using MEV. According to the ETH 2.0 roadmap, a solution to the risks from MEV will be implemented in the scourge upgrade.

Even though Ethereum has already switched to PoS, users cannot withdraw their rewards just yet. Any ETH being staked on Ethereum is locked on the Beacon chain until the Shanghai upgrade will take place in early 2023.

Once unstaking is enabled, all validators will be incentivised to withdraw any staking balance above 32 ETH, since it doesn’t accumulate rewards. To prevent validators from withdrawing all at once, the protocol will only allow six validators to withdraw every epoch (6.4 minutes).

If we do a quick calculation, that’s about 43,200 ETH every day from more than 16 million ETH staked. This amount will probably not be significant enough to affect the price in the short term.

Another important point is that the withdrawal rate is adjustable and depends on the total ETH staked.

A popular and innovative solution to the locked staking rewards is liquid staking. The idea is simple; you deposit your ETH into a staking pool via a smart contract and receive in return a derivative token that represents your staked ETH in the pool. Once staking rewards withdrawals are enabled, you could switch your staked ETH tokens back to your ETH tokens and earn your staking rewards. This enables users to earn rewards and help decentralize the network while still being able to participate in DeFi activities.

There are many protocols that offer liquid staking. The larger one is Lido Finance, which is also the biggest Ethereum pool operator, running 26.6% of all validators.

While liquid staking has many benefits, it is important to remember that there are risks involved.

First, there is the smart contract risk. A hacker could potentially find and exploit a vulnerability in the Lido smart contract to drain it. The open-source Lido protocol is heavily audited and monitored, but the potential risk can never be ignored. There are a few other risks like stETH price risk and slashing risk, but I won’t get into those in this article. However, here’s a useful link If you’re interested in reading more about risks in ETH liquid staking with Lido Finance.

The Merge was only the first Ethereum 2.0 upgrade among many. In November 2022 Vitalik Buterin updated Ethereum’s roadmap in a Tweet. The company will make five additional upgrades to the network and they all, of course, rhyme with Merge. The next phase scheduled for Q1 2023 is called The Surge, and it’s set to solve one of Ethereum’s biggest problems — scalability.

Another major problem with this fee structure is the extremely high gas fees. At the peak of the bull market, Ethereum gas fees were reaching up to 200 gwei, which with the price of Ethereum back then could be more than $100 for a uniswap swap. Even today, when network volume has fallen by roughly 85% from its peak and the price of Ethereum by almost 80%, the gas fee for Uniswap swap is still around $4.

So back to The Surge. As I mentioned earlier, The Surge upgrade will introduce sharding. Sharding is a type of database architecture that splits a large database into smaller chunks called shards. Each shard is then being run on a separate database server. When it comes to Ethereum, the network will be split into 64 “mini-blockchains” that will operate independently. Each shard will have its own transaction record and validators, meaning those shard chains can run simultaneously. Each shard chain will regularly submit its transaction record back to the beacon chain, which is the main chain that keeps this whole operation together.

Sharding will allow the chain to scale to up to 100,000 TPS while maintaining security, and decentralization. It will also make it easier to run a validator node since node operators won’t need to store the entire blockchain (which is currently >12.5TB).

Ethereum is without a doubt, the frontier of DeFi. I mean, this is where it all started. Despite losing a significant amount of total value locked (TVL) in the past two years to layer-2 solutions and other Ethereum Virtual Machine (EVM) compatible blockchains. Ethereum still dominates with $24.3 billion which is roughly 70% of the TVL in all the EVM blockchains, and 57% of all chains.

The top five DeFi applications by TVL are also Ethereum native applications: MakerDAO, Lido, AAVE, Curve and Uniswap. Even though all these dapps operate on other EVM chains as well, most of their TVL is still on Ethereum. The TVL leaving Ethereum is a product of its high gas fees, which were keeping a lot of users from participating in DeFi activities. Those users preferred bridging their assets to layer-2 solutions. These have lower or no gas fees, and there are often very rewarding DeFi opportunities.

Bridging your assets to other chains holds a smart contract risk. In the past two years, bridges were a major target for hackers due to the immense value they hold.

In the past year alone, over $2 billion was stolen in crypto bridge hacks. This is a little less then 10% of the TVL on the Ethereum chain! For this exact reason, Ethereum is still dominating the DeFi space with 70% of the EVM blockchain’s total value locked.

Ethereum is by far the biggest NFT market. At its peak, Ethereum’s daily volume on NFT marketplaces reached over $470 Million! Unfortunately, NFTs saw a steady decline in volume ever since. For comparison, the NFT trading volume in the entire month of November 2022 was $402 million.

Ethereum is without a doubt, at the forefront of the crypto industry. It is the most common and widely adopted smart contract blockchain and it leads the charts when it comes to TVL, trading volume and network activity. Along with that, it has its issues, and the team wasn’t always quick enough to solve them. Ethereum’s The Merge upgrade was delayed multiple times, and this has caused frustration among the community.

The next Ethereum upgrade, The Surge, is scheduled to take place on Q1 2023 and it will be a major upgrade that will reduce gas fees and scale up the chain significantly. In the next couple of years, Ethereum will undergo four additional major upgrades that will improve the chain even further.

Ethereum is definitely here to stay, and once its flaws are fixed, I believe it’s only a matter of time until it will reach mass adoption worldwide.

14H Ago
Indexing Chainlink Price Oracles - Reliable and Decentralized Web3 Pricing Data
Discover the power of Chainlink Price Oracles. Get real-time, accurate crypto pricing data from multiple decentralized sources. Learn more about the Indexing Company's transformation engine and its capabilities. Email us at [email protected] to get !
Ethereum
mirror.xyz
17H Ago
The Contrarian Did What? Sold his Crypto Bet
Sold his BTC bet
Ethereum
somereverie.substack.com
17H Ago
The Seed Phrase Debate: Do Wallets Actually Need Them?
Seed phrases are the crypto industry standard for recovering broken or lost wallets. But they have become a major pain point for users.
Ethereum
blockworks.co
21H Ago
Ethereum Geth's Share Drops From 90% As Developers Adopt Alternatives
Ethereum Geth has dropped from 90% to just over 66% in the past few months as developers adopt alternative implementations.
Ethereum
btc-pulse.com