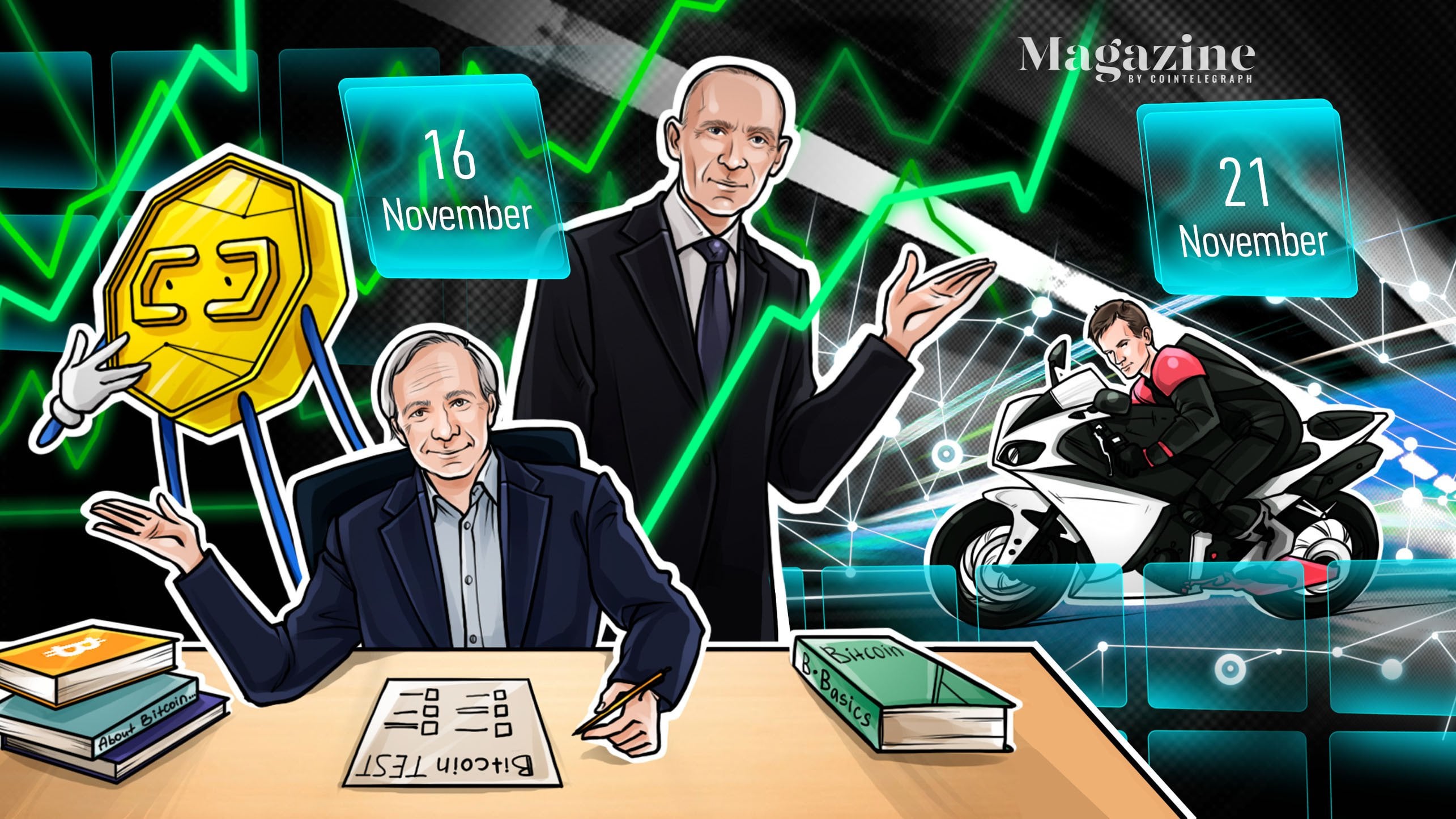 Coming every Sunday, Hodler’s Digest will help you track every single important news story that happened this week. The best (and worst) quotes, adoption and regulation highlights, leading coins, predictions and much more — a week on Cointelegraph in one link.

Top Stories This Week Ray Dalio might be wrong

Is… is this happening?! After encountering resistance at $18,420 (a price that was unthinkable even a few days ago), Bitcoin surged to new highs of $18,817.

The latest boost put BTC within touching distance of $20,089 — the all-time high set back in December 2017.

“It’s killing it this year,” Fundstrat Global Advisors co-founder Tom Lee enthused. He added that 2021 could be a year of “fireworks” for the world’s biggest cryptocurrency.

A corporate frenzy has meant that companies now hold over $15 billion in BTC. But this surge isn’t just being driven by institutions. Data suggests that searches for Bitcoin in November 2020 now far outpace what was seen in December 2017.

FOMO is growing. Glassnode reported that there was a major spike in the number of new Bitcoin addresses on Nov. 18 — 25,000 an hour, to be exact. The co-founder of Morgan Creek Digital sold his Chevy to get his hands on more crypto. And the chief information officer of BlackRock says BTC is here to stay… and will eventually take gold’s place.

By all accounts, it looks like Bitcoin has arrived. It’s no wonder 73% of millionaires want to own digital assets before 2022.

ETH hit $500 for the first time since June 2018 on Friday, with other altcoins also slowly staging a comeback.

Reaching this psychologically important barrier delighted traders — not least because ETH has outperformed BTC so far this year.

While Ether’s year-to-date returns stand at 284%, Bitcoin trails behind at 155%. It’s a different story when it comes to how these two ass...