Big Names In Blockchain Technology & Why It's Going To Be The Future!

Blockchain technology is becoming increasingly more popular as prices continue to rise, innovative companies continue demonstrating new uses, and the landscape as a whole gains more attention from global media. We’re in the wake of an incredibly exciting time as big names around the world are testing and experimenting with blockchain technologies, giving even more momentum and credibility to crypto world.

According to a Coindesk analysis, patent applications relating to blockchain technology have nearly doubled in 2017 compared to the same period (January to June) in 2016, indicating growing investment into the technology by businesses in the US at least.

Britain’s financial powerhouse The Bank Of England have recently began testing of the cryptocurrency Ripple for cross border payments in an effort to modernise the way money is sent around the globe. Million are sent every day, and the current systems are slow, outdated and expensive. Ripple was created to combat all of these problems, and has huge potential to revolutionise the industry.

We recently wrote an article entirely dedicated to this topic which you can read, and find a link to The Bank Of England’s summary here.

Ranked by InterBrand as the 25th most valuable brand in the world in 2016, American Express is a huge deal!  As of 25th July 2017, users can now buy Bitcoin on Abra using their American Express credit card.

Worth an estimated $18 Billion USD, they have a huge amount of power in the financial world, and as a company are embracing blockchain technology in other ways too. Over the years they’ve expressed interest in Bitcoin and blockchain technology, becoming an investor in Abra as far back as 2015, and more recently joined hyperledge... 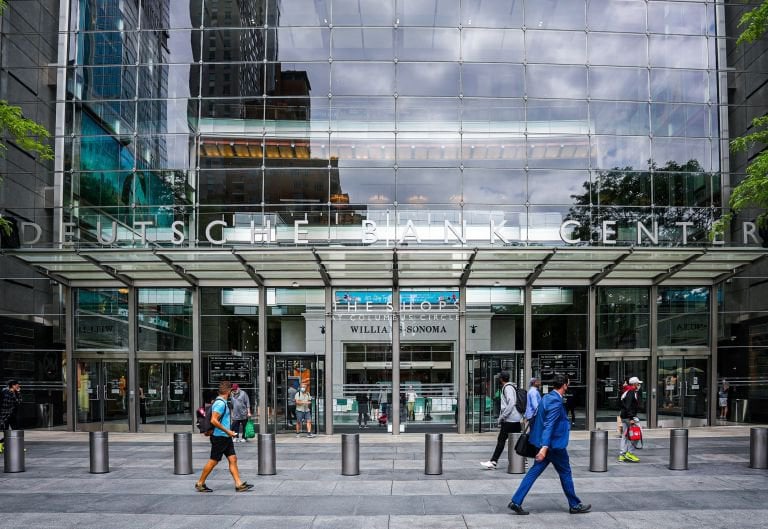