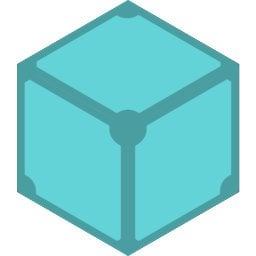 Announcing Rust IPFS, and a call for contributors

Announcing Rust IPFS, and a call for contributors

Calling all rustaceans, rustafarians, ferrosities, and rustlers - we’ve got an exciting update! Active full time work on a Rust-IPFS implementation has commenced, building on the great work by Parity in rust-libp2p. Equilbrium is spearheading the new community and implementation with support from Protocol Labs, and is looking for additional Rust devs itching to help build a new language implementation of the InterPlanetary File System combining the performance and resource utilization benefits of Rust with a keen eye on conformance to the IPFS spec. Read more on the Equilibrium Labs blog!

Why Rust IPFS? Why Now?

Rust, the programming language, has enjoyed a recent spike in popularity. This is due both to its inclusive community, and also being a safe systems language with performance comparable to C and C++. An IPFS implementation written in Rust only makes sense. Additionally, the community has been asking for a while now, for a number of use cases:

Usage in resource-constrained systems such as Industrial Internet-of-Things (IIoT) controllers Portability of certain subsets of the IPFS stack into WebAssembly Usage of IPFS functionality and APIs via native Rust function calls via inclusion as a Rust crate.

Given that, it’s no surprise that Rust-IPFS was also one of the IPFS 2020 Theme Proposals suggested in our community-driven IPFS 2020 Roadmapping Process - and that the community quickly rose to the challenge. Equilibrium, an active participant in many dweb infrastructure projects, stepped up to take on core implementation and stewardship of this new language implementation, with support through the new IPFS DevGrants program to provide coordination and maintainership for passionate developers in the wider Rust community.

With both community demand and active participation, the time was ripe f...