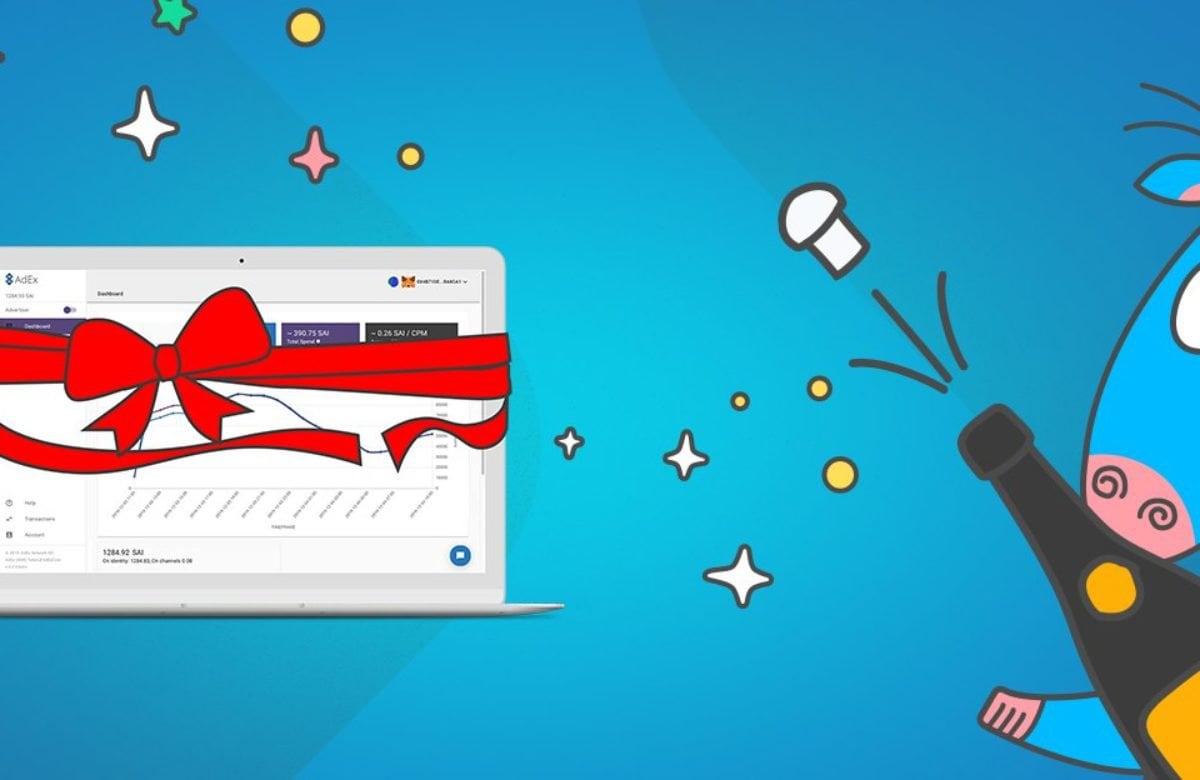 AdEx Network Opens to Public, Poised to Become the Flagbearer of Decentralization in AdTech Industry

Decentralized advertising solutions provider AdEx Network has launched its blockchain-powered ad platform to the public. The announcement follows its recently concluded 4-month long highly successful private Beta program which managed 300 campaigns from around 100 advertisers. During this period, the platform generated over $100,000 in turnover.

AdEx, the state-of-the-art AdTech platform aims to revolutionize the online advertising space by reducing the instances of ad frauds which are quite rampant in today’s day and age. Based on Ethereum blockchain, the AdEx Network further optimizes the advertising process by establishing direct contact between advertisers and publishers without involving any third-party intermediaries or ad agencies.

Online Advertising is a very huge market with a reported value of over USD 300 billion in 2019. The rapidly growing segment has an estimated annual growth rate of more than 21%, fueled by increasing demand from businesses and companies that strive to reach out to as many audiences as possible. The rising internet penetration combined with an increase in content publishing platforms and social network usage has also contributed towards an exponential rise in the number of platforms capable of serving promotional material to the target audience. However, the rapid growth and willingness of advertisers to spend more on capturing potential customers have also influenced a handful of publishers and content creators to commit ad fraud by generating fake impressions, click-throughs, and conversions that are not of any meaningful value for the advertisers.

The AdEx protocol provides a transparent, fraud-proof advertisement network with real-time tracking and reporting capabilities that help businesses understand their campaign performance. Access to such information without having to rely upon third-party agencies or publishers will make it easier for advertisers to plan effective advertising strategies to achieve t...