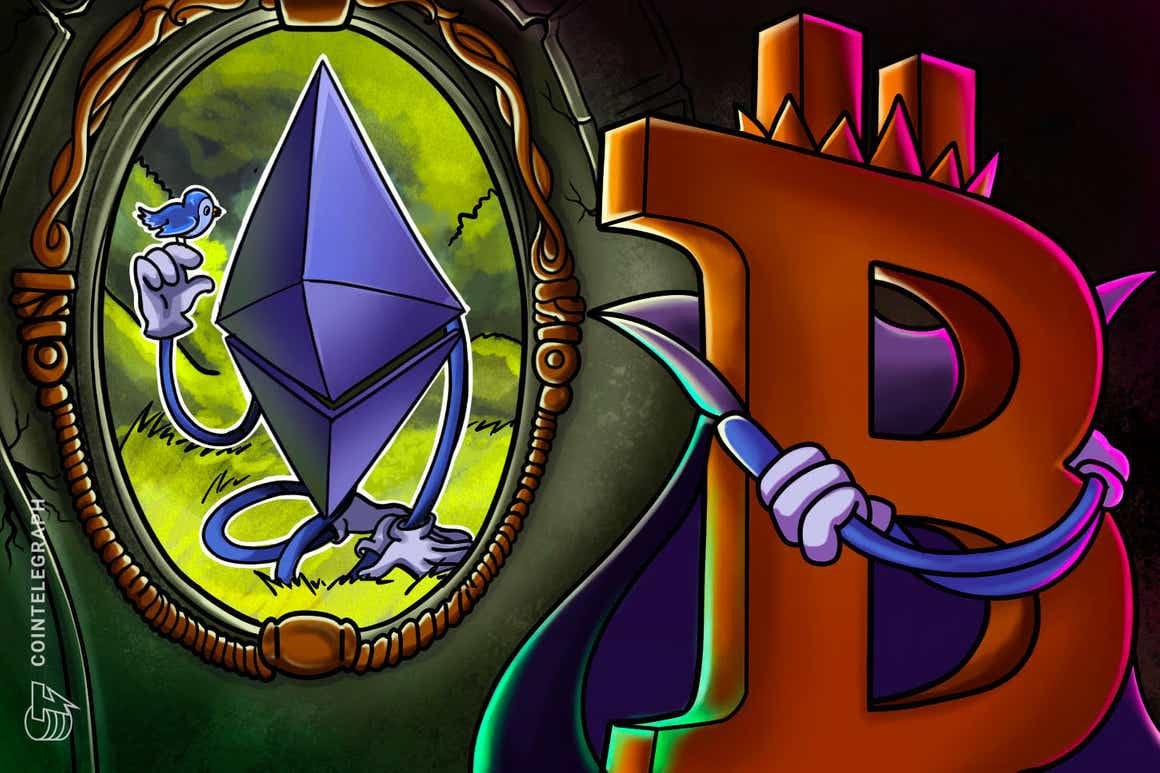 University researchers in Australia have questioned Bitcoin’s (BTC) reputation as the best store of value, claiming that Ether (ETH) is on track “to becoming the world’s first deflationary currency.”

The EIP-1559 upgrade in August saw the network burn a portion of transaction fees and more than 1 million ETH has been burned from the 118,583,580 circulating supply.

At times, the report says, transaction fees amounting to more than 50% of the 12,000 newly minted ETH per day are burned thanks to EIP-1559. The researchers believe that as demand for Ether increases due to its robust ecosystem of decentralized finance applications, more ETH will be burned.

The researchers write that Ether is already less inflationary than Bitcoin.

“Annualizing the rate of Ethereum creation since EIP-1559, the expected increase in the total Ethereum supply is only 0.98%, being less than half the 1.99% increase in Bitcoin supply which is almost certain in the same period.”

There has been growing interest in Bitcoin’s hard cap of 21 million coins and its suitability as an inflation hedge due to rampant money printing during the pandemic and inflation increasing throughout to hit 6.2% in the United States in October. However, the research suggests investors may also wish to consider Ether for this purpose.

I have always wanted to provide my customers with 100% transparency on the technical stack we use to help them
ETH -0.40% · self.ethdev · 10h