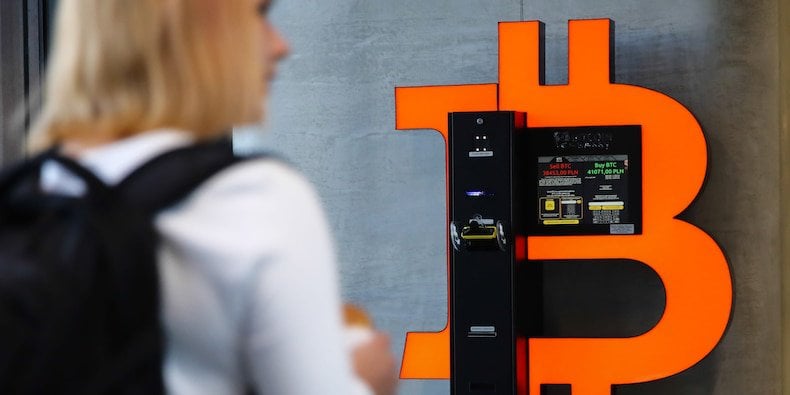 A growing number of institutions are warming to bitcoin. NurPhoto/Getty Images

A small fraction of US teens have traded cryptocurrencies, according to a new survey from Piper Sandler.

In a recent study of 7,000 US teens, 9% claimed they had traded cryptocurrencies, while 81% of those surveyed were males. There was no further detail on which cryptocurrencies the teens have invested in, or whether teens were actively buying and selling crypto or simply holding.

Although the bitcoin's massive rally has spurred more retail interest into cryptocurrencies, teens are still putting their money to work elsewhere. According to the survey, teens' top spending priority is food, while the top payment method for teens was cash, followed by Apple Pay.

While there are no official age requirements to buy cryptocurrencies, most popular crypto exchanges including Coinbase, Binance, Gemini, and Kraken require investors to be 18 or older to open an account, which could be a barrier to further participation.

The survey results were from the latest Piper Sandler "Taking Stock With Teens" study, a semi-annual project that surveys teens with an average age of 16.1, with representation from 47 states. It was conducted from February 19 to March 24.