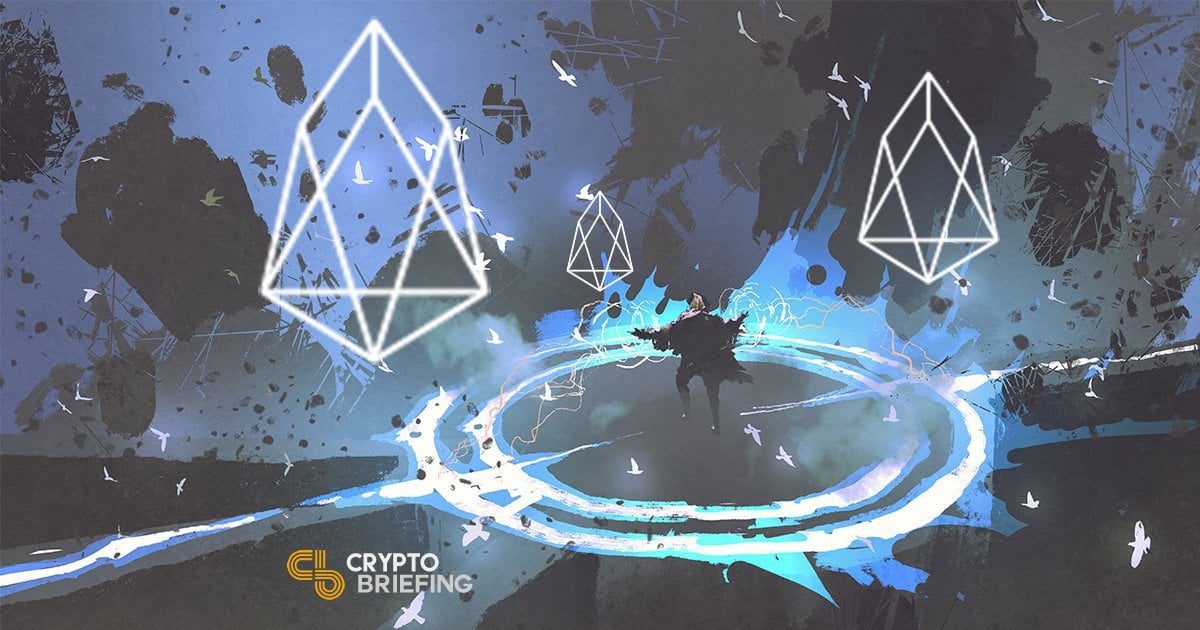 Block.one Has Absorbed One of EOS's Long-Standing Block Producers

Block.one, the main software company behind EOS, has announced that it will acquire the team of developers at EOS New York, one of EOS’ long-standing block producers.

EOS New York’s website previously offered general information about EOS and its role as a block producer, as well as a number of tools for developers and users.

But as of today, the website directs visitors to Block.one’s hiring announcement.

That announcement reads: “EOS New York and its associated companies have ceased operations entirely, as the team transitions into their new roles.”

EOS New York co-founders Rick Schlesinger and Kevin Rose will now move into senior roles at Block.one, and they will lead new initiatives at the company.

No Longer a Block Producer

EOS New York has also been removed from lists of EOS block producers.

Neither of those rankings are enough to place it among EOS’s top 21 active block producers, which actively govern and power EOS’s underlying blockchain.

Though EOS New York was a top 21 block producer in EOS’s early days, it has become less relevant over time as other block producers joined the blockchain.

Block.one is responsible for most aspects of EOS development and its software.

In February, it released EOS 2.0, the blockchain’s first major overhaul. That release introduced several improvements to performance and security, as well as several new developer features.

Block.one also runs a social network called Voice, which was beta-launched in February.

It additionally funds development in the EOS ecosyste...

Up For Discussion hosted Bancor and EOS Nation!

You can now access the Bancor Network through xNation's interface!

You can now access the Bancor Network through xNation's interface! 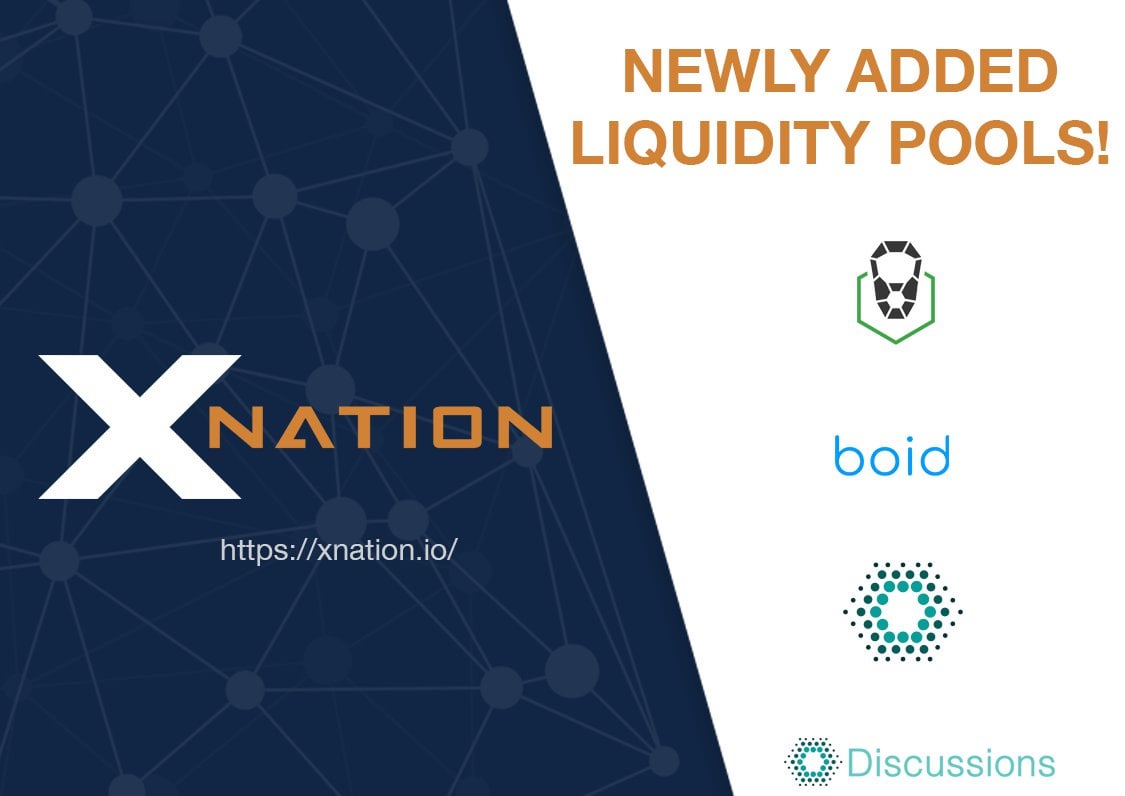 ATMOS, BOID and MPT liquidity pools have been added to the new xNation.io portal! - #eos 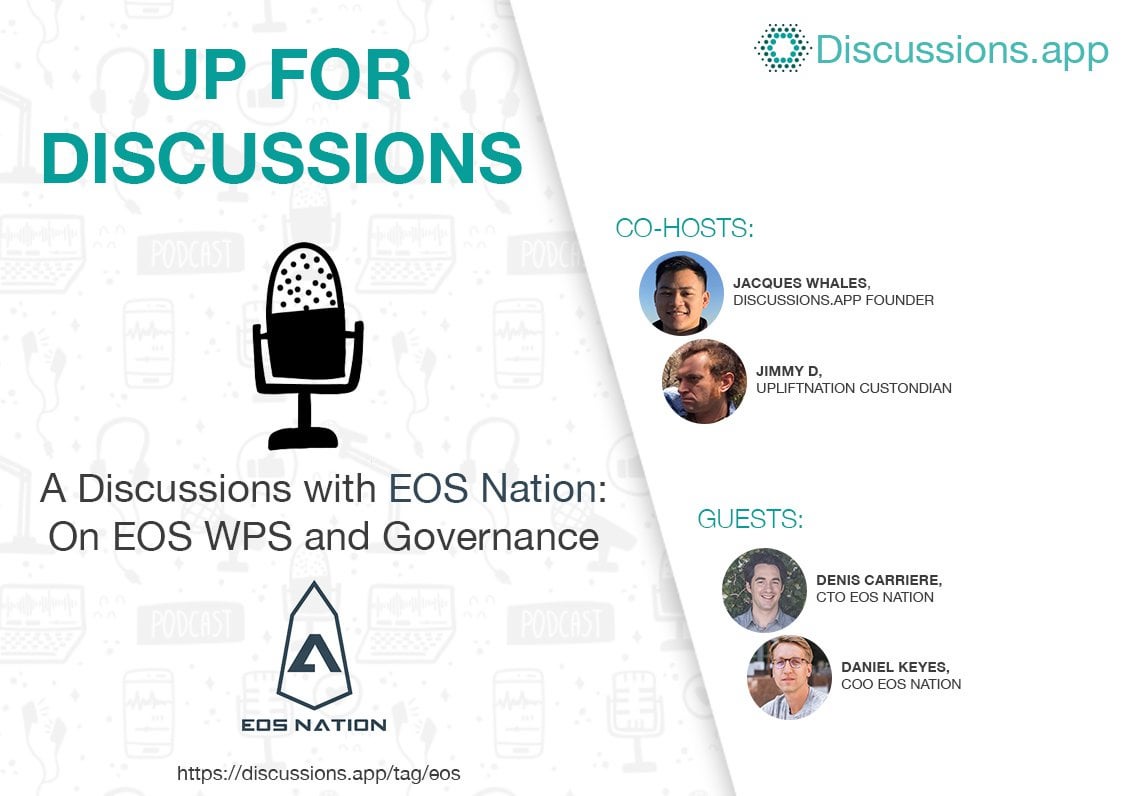 A Discussions with EOS Nation - On EOS WPS and Governance. - #eos

Hey everyone, earlier this week we had a chance to sit down with Bancor and EOS Nation to talk about their new joint venture, the xNation liquidity po 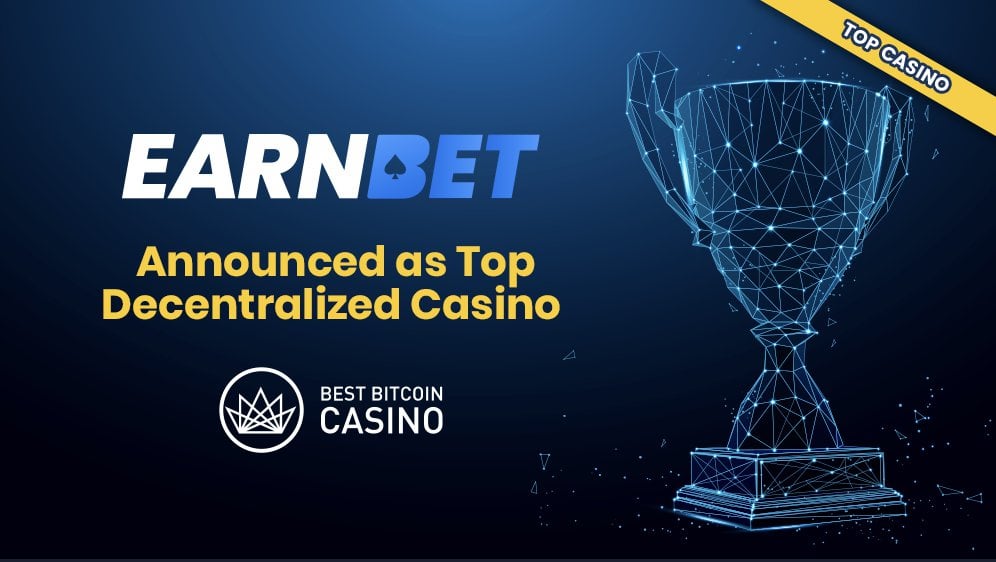 We are proud to have been named a “Top Truly Decentralized Casino” by bestbitcoincasino.com, a leading iGaming news and review site. Unlike most online casino dApps, EarnBet.io is fully decentralized ...
2
Share

WOW! I didn't realize how much happened last week! Did you catch it all? I certainly forgot some of it,

In their last post, LiquidApps explained in detail how to use LiquidOracles through the LiquidHarmony framework. By using LiquidOracles, developers... 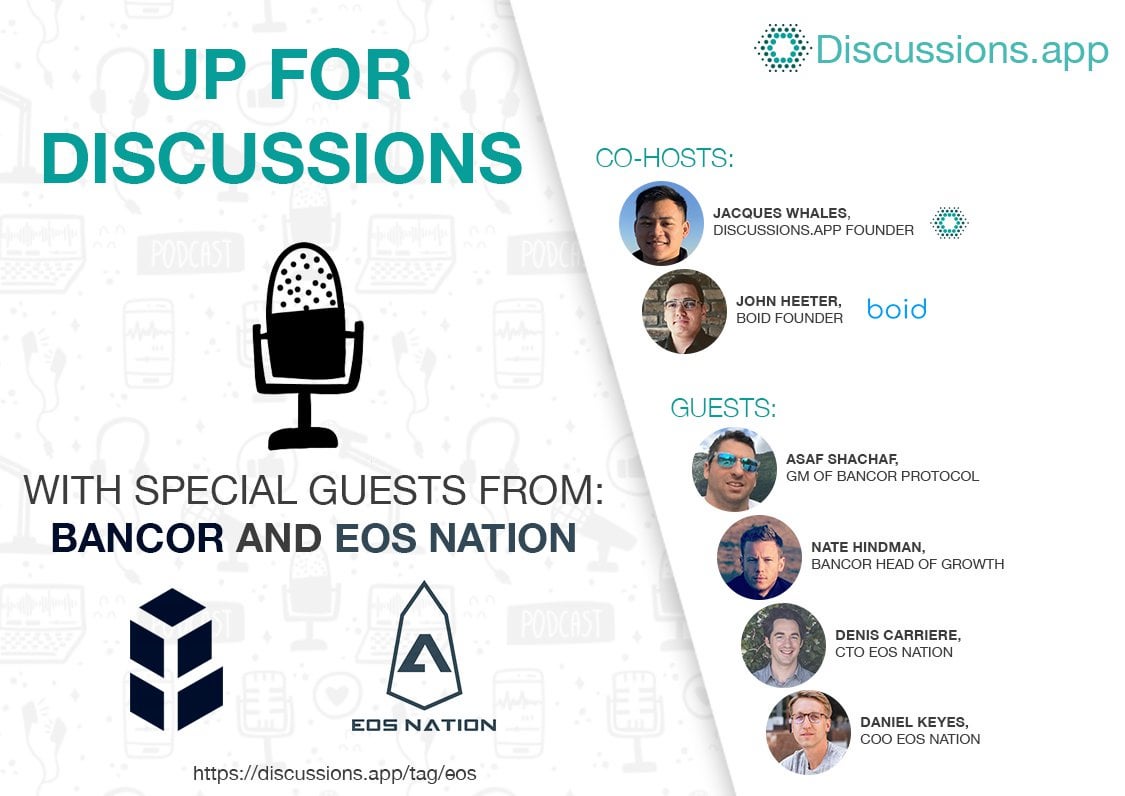 Bancor and EOS Nation bring liquidity to EOS via xNation. With special co-host John Heeter of Boid. - Up for Discussions March 29th - #eos

Hello everyone and welcome back to the fifth and a very special installment of Up for Discussions, where we sat down with the Bancor and EOS Nation te

Up For Discussion hosted Bancor and EOS Nation!