Why Sam Bankman-Fried Faces NO CRIMINAL CHARGES For the Downfall of FTX... 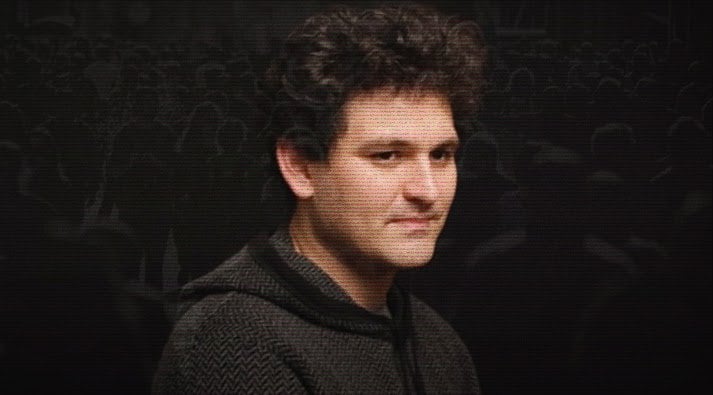 While watching Sam Bankman-Fried's recent media appearances, a theory entered my head - a gut feeling, but a strong one saying "He's been told he has nothing to worry about" and the more I listened with this theory in mind, the more convinced I became.

Take a look for yourself and tell me if you see a man in fear of spending years in a federal prison - I don't think anyone could hide how stressful that possibility would be, but at no point did Sam show he was feeling any significant amount of stress. Not in some delusional way either - I don't believe his lack of stress comes from him being detached from reality, pretending everything is fine.

What I do see, is someone who believes the worst case scenario isn't going to happen...

These interviews seem like nothing more than an attempt to salvage his public image.   His strategy is more obvious than he seems to be aware of, as uses a classic pity-educing method of 'beating himself up', expressing regret, and taking some blame... but not too much.

When it comes to blame, he seems to think he found the magic ratio of blame to excuses, as anytime he takes responsibility for doing something wrong, it comes with a reminder that he would never had made these mistakes if he knew the details of Alameda Research's trading positions at the time.

Even if we were to believe he wasn't pro-actively staying up-to-date on the business of Alameda Research, staying completely in the dark would actually be hard to do, as the people operating Alameda literally live with him...

While it was met with disbelief every time he said it, he remained firm on not knowing vital details about Alameda Research, even though it is a company he created, that he has majority ownership of, and is holding a massive amount of the funds from investors he brought in.  I doubt his pitch to investors was 'put a few million in to this company, which I have nothing to do with'.

My point is, he isn't making these public appearances to claim innocence, or even explain what happened. He's making them with the goal of getting people to say "Sam's a good guy who just made some mistakes".

I can't help but think that the only way being liked becomes more important than being free, is if he's already convinced his freedom isn't at risk.

But in order to objective, i'm open to the possibility that I'm just misreading him.  So I set aside any of my own opinions and 'gut feelings' and re-examined the situation strictly looking at the facts to see I will come to the same conclusion in the end.

Starting with some things worth a deeper look.

Sam's parents are not typical lawyers, and after learning more about them I think it's time to question how involved in FTX Sam's parents may be...

Those who graduate from Stanford law school are considered among the top of the legal field - so you can imagine what it takes to be hired to teach those students - both of Sam's parents worked as Stanford Law professors.

What kind of law do they specialize in? The kind that someone in Sam's position would be hiring right now.

The mother worked at Paul Weiss, one of the top firms in the US with clients like Exxon, JPMorgan, Citigroup, Universal Pictures, Sony and more. She is one of the founders of a "secretive Silicon Valley PAC that supports Democratic candidates" called Mind The Gap.

Sam's father is considered one of the leading experts in tax law, tax shelters, and tax compliance, according to his Stanford bio page. I found this video uploaded by Stanford Law School featuring him speaking on the topic.

In other words, Sam Bankman-Fried was born with the perfect legal team already in the room.

If anyone could make sure Sam's actions stayed within legal grey areas or completely unenforceable by US regulators, it's them.

On this note, Sam has repeated in every interview that none of these questionable actions were done with funds from the US version of FTX. There indeed was a completely separate site for US investors, and if someone from the US tried to access the FTX for the rest of the world, they would find themselves blocked from signing up.

Sam remaining in the Bahamas doesn't help him avoid anything, the Bahamas does have an extradition treaty with the US, so if US regulators charged him with a crime, the government in the Bahamas would arrest Sam and put him on an airplane.  Most seem to believe he's 'obviously guilty' - so why hasn't he been extradited?

But his parents weren't his only source for guidance... Gary Gensler is the head of the US Securities and Exchange Commission. A man named Ryne Miller was Gensler's lead counsel at his previous role as CFTC Chairman FTX hired Ryne Miller over a year ago as general legal council.

"His industry expertise and leadership will be critical as we forge cooperative working relationships with U.S. regulators" FTX said in an official press release at the time. In that same statement, Ryne Miller confirms he will be "working alongside U.S. regulators" for FTX's benefit.

These are the people who helped make sure the US branch of FTX stayed completely separate from FTX International... FTX international is registered in Antigua and Barbuda, a small island with no capital gains tax, no wealth or inheritance taxes, and no personal income tax.

In every interview Sam has stated that the US version of FTX could open up to users immediately, and they will find all of their funds there untouched. If true, it's likely Sam violated no US laws.

If only his non-US company broke any laws, and none of it's victims were US citizens - the US justice system isn't interested.

Innocent in the only jurisdiction that matters - and that is how Sam stays out of prison...

All Sam has to do is not set foot in any of the countries with laws he violated, with citizens who had funds in FTX international, and Sam remains a free man... probably.

One Remaining Risk... One thing Sam and those advising him may have not planned for was how big of a story this has become, and the pressure this could put on people, including those he thought were on his side.

It's important to keep in mind how past high-profile villains who managed to anger the public were eventually taken down.

When powerful people in government really want to lock someone up, they find a way... Someone like Sam, whos legitimate business involves international transactions, seeking investors, receiving investments, operating websites, etc, has probably violated the law.

It could have been done unknowingly, or by mistake - but that doesn't matter when investigators with warrants giving them access to everything are digging for anything they can use.

Are there any signs that the US government is attempting to build a case against Sam? There may be, but note that the following is pure speculation.   Sam's former girlfriend, Caroline Ellison, who he appointed Alameda Research CEO has reportedly left Hong Kong for the US, and was  spotted yesterday in New York City.

A twitter user recognized her and snapped a picture of her inside a coffee shop.

This coffee shop is a short walk from the FBI's New York office - causing some to speculate if those around Sam are being offered immunity from any potential future charges, in exchange for sharing what they know as they attempt to find something to charge him with.

While it does appear to be Caroline, she may be in NYC for some other reason. Or she could be there to speak to the FBI and still have nothing to offer them.

Just saying - don't get your hopes up.