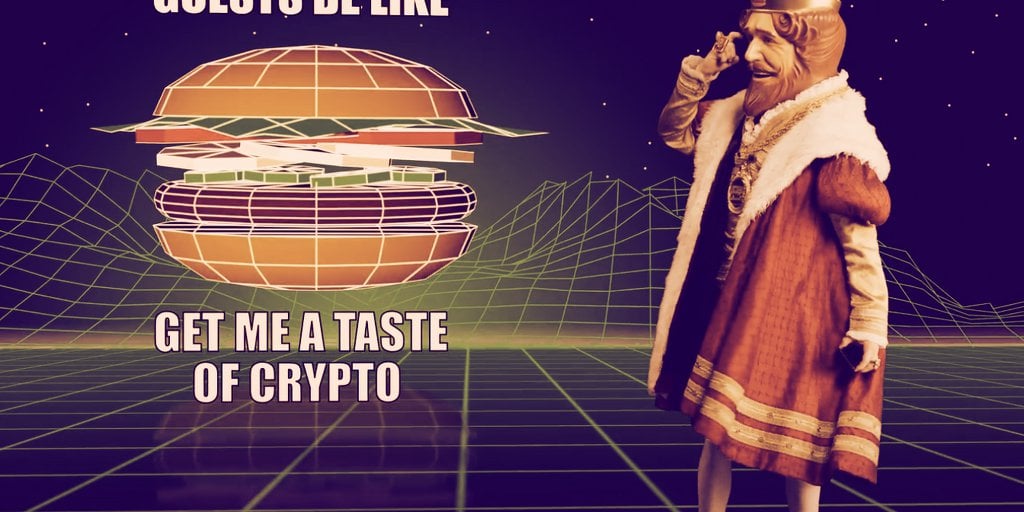 Robinhood and Burger King are Giving Away Dogecoin, Bitcoin, and Ethereum

In brief Spending $5 at Burger King guarantees you a Dogecoin until November 21. There are also 20 Bitcoin and 200 Ethereum up for grabs.

Want a side of DOGE with your burger? In what may be the biggest crypto sweepstakes of its kind, fast food giant Burger King will give away one Dogecoin—or one Bitcoin or Ethereum for a lucky few—to those who spend $5 at its stores or in its app through November 21.

Robinhood, the stocks and crypto app popular with younger investors, will deliver the prizes. Those who wish to enter must join Burger King's rewards program, known as Royal Perks, and then redeem an email code they receive after making a purchase.

Earning one Dogecoin will hardly be a life-changer since the Shiba Inu-themed token is currently trading for around 30 cents. But winning a Bitcoin or Ethereum, worth around $60,000 and $4,200 respectively, very well could be—though the odds of winning are fairly low.

Burger King is giving away a total of 20 Bitcoin, and the sweepstakes rules peg the odds of winning one at 1 in 100,000. In the case of Ethereum, there are 200 tokens up for grabs with a 1 in 10,000 chance of nabbing one. (Those who don't win a Bitcoin or Ethereum are guaranteed a Dogecoin—2 million are available).

While this is hardly the first crypto-based promotion—Coinbase conducted a $1.2 million Dogecoin sweepstakes last summer—Burger King's involvement means it's likely the biggest of its kind.

According to Robinhood Crypto COO Christine Brown, the company paired up with Burger King in part because the fast giant's brand is "fun and playful" and, like Robinhood, "leans into meme culture."

In an interview with Decrypt, Brown added that Robinhood is viewing the promotion as an opportunity to get a broader segment of the population to interact with crypto, including those who might otherwise be unfamiliar or intimated by it.

Since the crypto giveaway counts as a sweepstake, the companies are oblig... 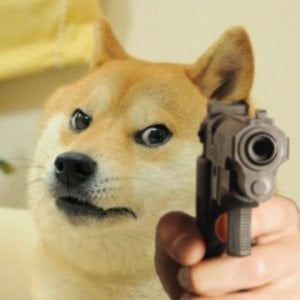