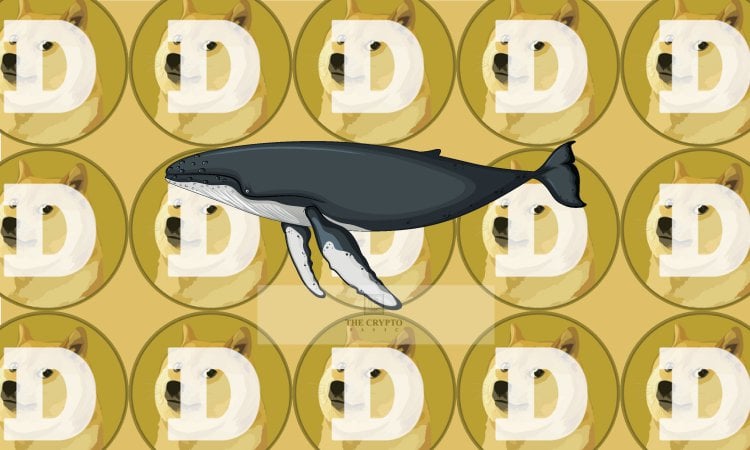 Dogecoin whale empties wallet after holding for over eight years.

In a tweet today, Whale alert confirmed that a Dogecoin address that has been dormant for over eight years had moved 2.37million DOGE worth over $338k.

Notably, another on-chain tracker, Lookonchain, confirmed this transaction about an hour later, disclosing that the whale’s holding cost was less than $0.001.

BitInfoCharts data reveals that the whale had accumulated DOGE from December 2013, when the coin launched, through March 2014. The wallet tracker estimates that the whale’s profit from the price change is about $326,401.43. The whale emptied his wallet in two transactions of 356,285 DOGE and 2,018,529.44 DOGE, respectively.

It is unclear now if the 2.37 million DOGE made its way to exchanges, but some users have opined that it is not large enough to cause a significant price reaction. The latest whale move comes as the doggy meme coin enjoys an exciting couple of days that have seen it break significant bear market structures and more than double in price, riding on the wave of Elon Musk’s Twitter acquisition and online antics.

Consequently, it is not surprising to see both big bag holders and long-term holders decide to take a profit from their holdings.

A further breakdown reveals that 12 holders added to their bags in the past week compared to 7 who reduced their holding. As such, it shows mixed sentiments among the whales.

Lookonchain estimates that a total of 1.2 billion DOGE has made it to Binance and 45.5 million to Crypto.com in the last seven days. As reported by The Crypto Basic yesterday, experienced analysts are looking to short the meme coin back to the lows of $0.11.

DOGE is currently trading at the $0.14 price point.

7H Ago
Blockchain Layer 1 vs. Layer 2: Things You Must Know
Despite some intricacies, the concept of blockchain layer 1 vs. layer 2 isn't as complicated as you might think. Bybit Learn explores.
Dogecoin
learn.bybit.com
1D Ago
Dogecoin (DOGE) Reverses, But Golden Cross Occurs, Hinting at Massive Rally: Crypto Market Review, Dec. 2
By the end of almost every week, the volatility of the cryptocurrency market decreases, with most assets either entering consolidation mode or reversing to their previous values. However, there are some important signals we have no other choice but to cover.Doge's golden crossAs we mentioned previo…
Dogecoin
tradingview.com
1D Ago
Big technical news
Find today's Dogecoin / US Dollar (calculated by TradingView) news and updates to make informed decisions when trading DOGEUSD.
Dogecoin
tradingview.com
2D Ago
Dogecoin's Bitcoin-Beating Bounce May Be Bad News for the Market
Dogecoin has trounced bitcoin with a 40% surge in the past 10 days. In the past, outsized gains in DOGE have paved the way for a broader market sell-off.
Dogecoin
coindesk.com