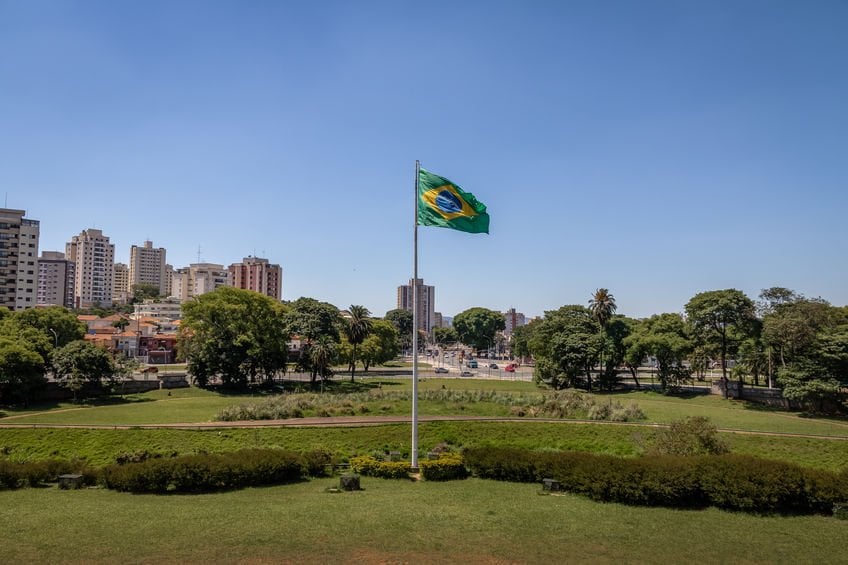 Amid election week in the US, it felt topical to look at how technology could potentially impact the process going forward.

Today, we vote with a pen and paper in most states. “Coming home to vote” is a well-repeated phrase in my home country of Ireland, where people need to travel back to their various constituencies in order to vote. It definitely feels like one of the last remaining industries to completely resist the digital revolution of the last few decades.

On the latest episode of the Invezz podcast, I sit down with Jake Yocom-Piatt. He is Project Lead at Decred, which made headlines recently for being used by Brazilian president-elect Luiz Inácio Lula da Silva (known as Lula) to combat misinformation and fake news during the campaign.

This was interesting, given the Brazilian election was decided by a razor-thin margin. Controversy was feared in the aftermath of the result, while fake information was a hot topic running up to the vote.

In what was a rather novel happening, Lula put policy documents on the blockchain in order to help fight against misinformation. We chatted about what exactly this meant on the show, and how it helped.

But what does blockchain actually solve here? By putting policy documents on-chain, they can be verified. But can non-blockchain platforms also be used to accomplish this? This was one of the main questions I had, as it’s often difficult in the cryptocurrency space to nail down what exactly the utility of a project is.

Of course, this episode was recorded amid chaos in the cryptocurrency markets. One of the world’s largest cryptocurrency exchanges, FTX, is insolvent – something which was developing as we recorded.

We chat about how this latest blow to the reputation of crypto could affect initiatives like this going forward. Who is going to want to put their neck on the line and embrace crypto when all keeps collapsing around it?

But there is also a deeper discussion here about a topic which has very much come alive in the last 10 years: misinformation and election fairness. Could blockchain be a way to help combat some of the issues, or is it just a gimmick?

Going one step further, is there a world whereby everybody votes from their smartphone? Could the blockchain be used to verify and instantly calibrate results? Or is this all just a pipe dream?

This and more on this week’s episode.

Continue the conversation on Twitter with @InvezzPortal, @DanniiAshmore and @decredproject. Or visit https://decred.org/ for more information.

4D Ago
Combining proof of work and proof of stake for a decentralized financial system with Decred - Article and Video
SlateCast #49 - Deep dive into Decred's approach to censorship and privacy with project lead Jake Yocom-Piatt
Decred
cryptoslate.com
12D Ago
Politeia Digest #55 - October 26 2022 - January 19 2023
Treasury balance: 837,205 DCR (approx +8,292 DCR/month) - $17.6 million (+$174K/month) based on $20.99 DCR price New proposals DCRDEX integration on Umbrel Published Jan 9 by peter_zen, last edited Jan 18 | 14 comments This proposal requests $1,960 to integrate DCRDEX into the Umbrel app store. Umbrel is a Linux-based operating system for running a personal server in one’s home using x86 or Raspberry Pi computers, it has some popularity with crypto users because of the fit between self-custody and self-hosting.
Decred
blockcommons.red
23D Ago
Decred Strikes Again
Decentralised technology is designed to be disruptive and when it’s done properly it removes all middle men. Decred has already built everything you need for full sovereignty. Now it’s all about using and improving.
Decred
decredmagazine.com
1M Ago
Decred Tax Guide
This article explains how to file your taxes arising from any transactions on Decred
Decred
cryptotaxcalculator.io