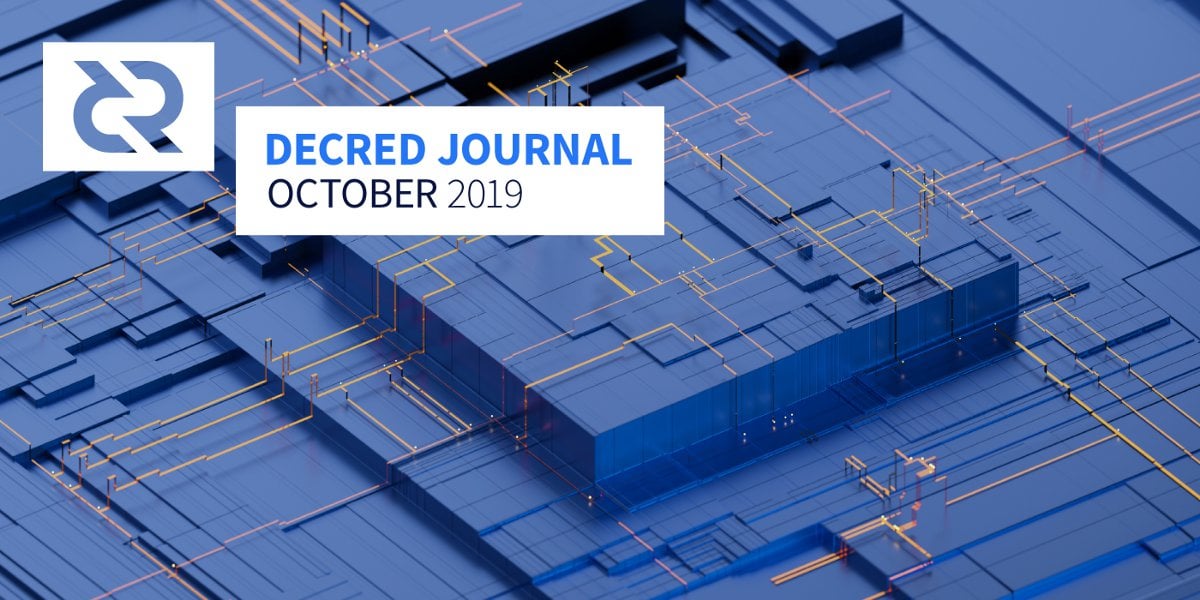 Release candidates of core software v1.5 are ready for testing. The major changes include a consensus rules change to add block header commitments that was funded by stakeholders in June and an overhaul of the mining infrastructure (dcrd), initial privacy implementation (dcrwallet), experimental LN integration and UI tweaks (Decrediton) and porting a huge set of upstream updates (dcrlnd). i2 Trading has started providing liquidity on 3 exchanges (4 pairs), following on from their successful proposal. Politeia’s redesigned frontend is live. Check it out for a new aesthetic that’s more in line with other Decred software, and performance improvements. October was a big month for events with a Decred presence, all around the world local community members are representing Decred at events they organize and attend. October also saw major publications from all three active research programs and the fourth which was approved in early November. There were also a number of articles and other media released about the first year of Politeia (anniversary was Oct 16). Prepare for the Upcoming Consensus Vote!

A vote to change consensus rules is coming in v1.5. Release candidate binaries are available now and final release will follow.

Please prepare for the vote by upgrading software and setting a vote choice for your solo or VSP tickets.

You can track the progress at dcrdata’s Agendas page and at voting.decred.org.

High voter engagement sends a strong signal. Let’s do it!

Release candidates of dcrd, dcrwallet, Decrediton and dcrlnd are available for testing. Below are highlights from their release notes.

Block header commitments are implemented and ready for activation pending successful on-chain vote. After upgrading to v1.5, stakeholders may set their vote preferences through their wallet or Votin...