What is DashPay Wallet Alpha? When is DashCore 12.2 coming out?

I was looking at the Official Dash Roadmap (https://github.com/dashpay/dash-roadmap/blob/master/README.md) and had some questions. 1. Is the "DashPay Wallet" the pre-cursor to Evolution? 2. DashCore 12.2 Release was supposed to happen in September 2017. Has there been an official statement by Core saying that they are behind and when they'll release it? If yes, where can I find info like this? 3. "Launch of a read-only/view-only portal for project documentation which will be open to the entire community (to ensure transparency)" Did this happen? I could have missed a lot of these things but I browse the subreddit fairly frequently (actually more than frequently, several times a day) and haven't seen much talk about this. It'd be nice to get more updates from Core, specifically in the subreddit because that's where newcomers look first. In addition, Ryan Taylor alluded to 'lots of new announcements' in the coming months. 4. Any idea what these will be and when they'll be announced? Maybe I'm getting impatient and I know I'm going to get yelled at for speculating but in this fast moving crypto world I can't help it. It would be nice to see more frequent updates, again, specifically in the subreddit.
Go to self.dashpay
tradingview.com 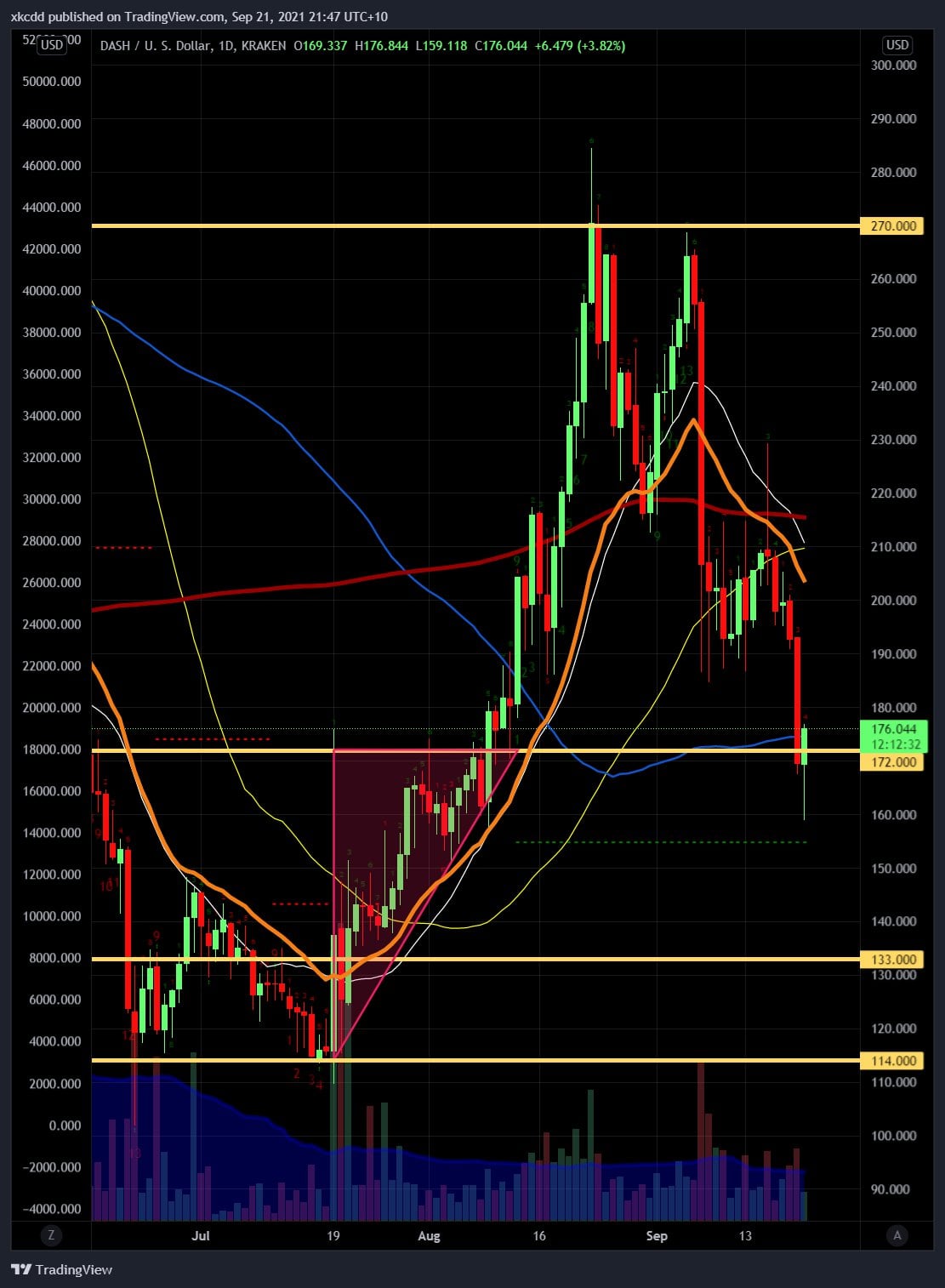