The UK’s high street banks are an accident waiting to happen and could struggle in another financial crisis, according to a report published on Wednesday to mark the 10th anniversary of the run on Northern Rock.

The report criticises the annual health checks – stress tests – that have been conducted by the Bank of England since the crisis and concludes that the methodology used by Threadneedle Street is flawed and the tests not gruelling enough.

Queues started to form outside Northern Rock branches across the UK on 14 September 2007 after the BBC reported that the Newcastle-based lender had received emergency funding from the Bank of England. It was the first run on a high street bank in the UK since Overend & Gurney in the 1860s and after attempts to find a buyer failed, the bank was nationalised in February 2008.

Kevin Dowd, a professor of finance and economics at Durham University and a long-standing critic of the stress tests, said the Bank does not use the correct measures to assess the health of the banking system. Dowd is also a senior fellow at the Adam Smith Institute, a rightwing thinktank.

His analysis – which the Bank of England has previously rejected – focuses on the health check of the major lenders published last November . Those tests were based on a number of hypothetical scenarios including house prices falling and the global economy contracting by 1.9%. Royal Bank of Scotland failed the test and Barclays and Standard Chartered would both have struggled to cope.

Dowd argued that the scenarios were “hardly doomsday” and disputes the way banks’ capital strength is measured.

“The stress tests are about as useful as a cancer test that cannot detect cancer. They seek to demonstrate a financial resilience on the part of UK banks that simply isn’t there,” said Dowd in the report. “Our banking system is an accident waiting to happen.”

The Bank uses the value of assets as calculated by the ...

Get to know what's new in our team and what we will do next! - Dash Help 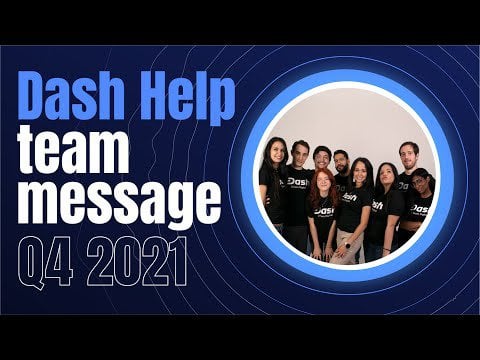 Get to know what's new in our team and what we will do next! - Dash Help

A year has passed since you last saw us! In this video you will meet our newest members and you will also know about our experience in Dash Help so far and w...
11
Share