Only in Arizona: How Smart Contract Clarity Is Winning Over Startups (Dash mentioned)

What happens when someone breaches a contract?

If you've gone through all the rigmarole of developing a paper contract, the legal ramifications are clear. But paper contracts are not only inefficient but also prone to fraud, which is why a group of startups and developers are pushing digital "smart contract" systems tied to immutable blockchains.

But what if someone breaches their smart contract? The answer, in most places throughout the world, is less clear. That is, unless you're in Arizona.

Since passing a law in March that enshrined the validity and enforceability of digital signatures recorded on a blockchain, the Grand Canyon State has quietly emerged as a choice location for blockchain companies that develop applications based on the self-executing pieces of code.

For Sweetbridge, a Phoenix-based outfit building a blockchain supply chain finance platform, the law has afforded the company sufficient legal clarity and confidence to begin rolling out operations more aggressively.

Caroline Lynch, Sweetbridge's public policy and legislative advisor, explained that the state's decision to elevate smart contracts to the same legal grounding as traditional contracts has been imperative to the company's growth.

"It takes away that one potential area for dispute, if for no other reason than a party to a contract cannot argue that because it was executed through a digital ledger it lacks validity." Arizona's legal safe haven

Stepping back, the law in March actually amended the Arizona Electronic Transactions Act (which already stated that records or signatures cannot be denied legal effect and enforceability based on the fact they're in electronic format) to include digital signatures recorded on a blockchain.

It now states: "A signature that is secured through blockchain technology is considered to be in electronic form and to be an electronic signature ......

I just tried to use Lightning and my 🤯

I just tried to use Lightning and my 🤯 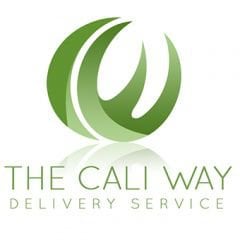 CaliWay Delivery was established in January 2017 & quickly became a well known and patient preferred delivery service in the Inland Empire. Our Drivers str