Interview With Ryan Taylor, The CEO Of Dash Core Team

Exciting news! Our next interview is here.

This time we interviewed Ryan Taylor, the CEO of Dash Core. Dash has one of the biggest cryptocurrency market caps and currently sits at number six according to the coinmarketcap.com.

What is Dash exactly?

Dash (DASH) is a privacy-centric digital currency with instant transactions. It is based on the Bitcoin software, but it has a two tier network that improves it. Dash allows you to remain anonymous while you make transactions, similar to cash.

So, let’s dig in and see what Ryan told us about the future and the plans of the Dash Core team. I will give you a quick hint – the future definitely seems bright for Dash.

I actually came to the digital currency industry from a traditional Wall Street financial services background. I am an alumnus of Columbia Business School and a proud thought leader in the blockchain community, with a special focus on payments. My background is with McKinsey as an Associate Partner in their financial services and business technology practices, and later covered research for the payments industry in a multi-billion dollar New York based hedge fund. My move to Dash has been the most exciting and rewarding transition in my career. Dash has experienced a phenomenal rise in 2017, formed over 50 business partnerships with significant players in our space, become the number one digital currency for payments, and has risen from a total market cap of $70 million USD, to over $2 billion USD.

2. The easiest way to explain Dash to a friend, who doesn’t understand technology?

Dash began as a project called XCoin in 2014 by Evan Duffield, whose vision was to explore creative ideas aimed at solving some of the fundamental issues Bitcoin faced. The project has evolved from one aimed at exploring possible improvements to one that is transforming the digital currency landscape, and we’re now one of the most important pl... 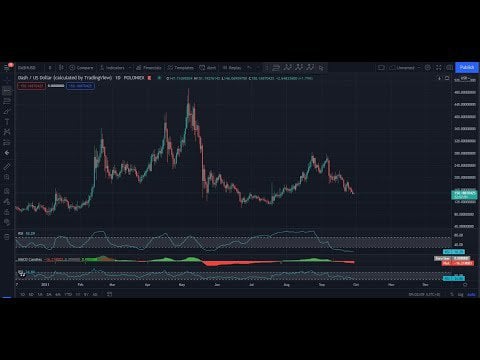 Just upgraded all my fall/winter camping gear @BassProShops w/ #dashdirect. It was stupid easy, and did not need to sell for fiat to make the purchases.$dash is legit the most spendable #cryptocurrenc...
2
Share

#DASH is digital cash on a mission to financially liberate the world by helping the unbanked and the banked to TAKE BACK control and become THEIR OWN bank!💸 Borderless💸 Permissionless💸 Instant Sett...
2
Share