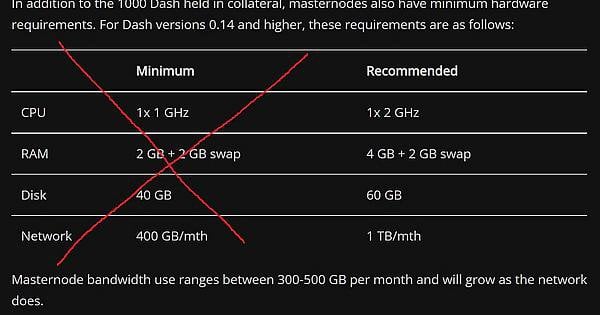 In response to an apparent attack on the Dash network causing degraded performance of the network, we are releasing a hot fix release v18.1.1.

Late in the night UTC, the Dash networked experienced what appears to be an attack. The network did not go down, blocks continued to form and there was no fork. Also for those that might be worried and also who might not understand how a blockchain works, as a blockchain the network can’t have funds stolen (ever!), so all funds are safe.

3D Ago
Maya Protocol looks to integrate DASH after their March 7 launch via CoinTelegraph
Cross-chain decentralized exchange Maya Protocol confirms the date of its mainnet launch amid a decentralization trend that continues to gain momentum from the strength of decentralized finance (DeFi)
Dash
cointelegraph.com
11D Ago
One of Dash's largest impediments to crypto market adoption is stumbling. Righteous!
Digital Currency Group, the parent company to struggling crypto trading firm Genesis, has halted its quarterly dividend payments.
Dash
theblock.co
11D Ago
Dash Core v18.2.1 Release Announcement
Dash Core v18.2.1 is Officially Released! Please see the github release with binaries here: https://github.com/dashpay/dash/releases/tag/v18.2.1 Feel free...
Dash
dash.org
17D Ago
Why you should be excited about the Dash Platform
Dash Platform will have an unprecedented impact on the Dash ecosystem when it comes to extending utility and functionality. In a nutshell, the Dash Platform is a web3 tech stack that will empower developers to build decentralized applications on the Dash network.  In today’s article, we will go through some of the specific use cases...
Dash
dash.org