Dash has been added to Qryptos, a cryptocurrency-only exchange with temporarily negative fees in order to generate interest and liquidity.

Qryptos is run by Quoine, an Asia-based cryptocurrency and fintech company, touted as the world’s largest blockchain-based fintech company. Quoine has offices in Japan, Singapore, and Vietnam, and also runs Quoinex, a more traditional cryptocurrency exchange with several fiat trading pairs. The public beta for Dash on Qryptos was announced yesterday:

Qryptos was launched earlier this summer, and since then has offered temporarily negative fees in order to incentivize rapid growth and liquidity. This is likely a move to compete directly with Poloniex, the leading crypto-only exchange, and Qryptos currently offers a direct comparison in fees between the two of them prominently featured on their site.

Asian markets continue to be a strong point for Dash

Dash has risen strongly this month on a surge of trading from Asia, South Korea in particular. Korean exchange Bithumb’s Dash/won trading pair currently provides almost $6 million of Dash’s 24-hour trading volume, about 21% of Dash’s total. Bithumb currently ranks #2 for volume among all cryptocurrency exchanges, a close second to Bitfinex. Poloniex as one of the more popular cryptocurrency-only exchanges currently ranks 6th. Qryptos could attempt to give stiff competition to Poloniex and redirect more trading volume to Asian markets.

Issues with regulators in China have caused quite a bit of turbulence, which may push markets to exchanges in other countries. Chinese officials recently banned ICO trading, and unfounded rumors of a greater cryptocurrency ban sent tremors through the market. Recently,...

Tweeting is getting new DashDirect users

#eBay was just added as merchant to the amazing #DashDirect app! This is huge! With eBay, there is very little that you cannot buy with $Dash!— Dash⚡💵 (@Dash_Community) October 20, 2021
0
Share

Tweeting is getting new DashDirect users

And another one goes from a #Dash investor to a #DashDirect user. ☺️ Life is so much better when you can use your crypto to save, not just buy and hope it goes up.🚀 https://t.co/yXSExoFiuf— Dash⚡💵 (...
1
Share 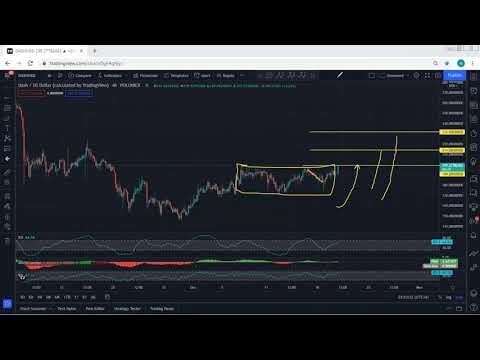