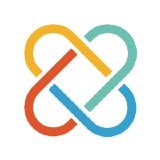 Sustainability of the Cosmos Network: A Statement from the Interchain Foundation

Sustainability of the Cosmos Network: A Statement from the Interchain Foundation

On Monday, February 3, statements were made on Twitter about Jae Kwon in his role as CEO of All In Bits (dba Tendermint Inc). While it is widely recognized that Jae is a brilliant technical product visionary who co-founded the Cosmos project with Ethan Buchman in 2016, assertions were made that Jae has become an obstacle and distraction to the Cosmos engineering effort at All in Bits. Jae and Ethan currently serve as President and Vice-President of the Interchain Foundation, respectively.

All in Bits (“AIB”) has been contracted by the Interchain Foundation (“ICF”) since 2017 to build the software necessary to launch the Cosmos Network. All In Bits was crucial in bringing both the software and the Cosmos community to life, and the launch of the network would not have been possible without the hard work and dedication of the team members at AIB.

Since the network launch in March 2019, the Cosmos community has continued to grow, mature, and expand. We’ve seen entities like Agoric, Regen and others become core contributors to the Cosmos engineering effort, while Figment, Chorus One and others have taken on leadership roles in governance and community coordination. We applaud these efforts and continue to be amazed at the incredible commitment and talent of the Cosmos community. For many of the core engineers at AIB, Cosmos is a mission more than a place to work. Their passion for the project and its values has allowed them to push forward with development despite uncertainty about AIB’s governance. Their dedication and resilience is inspiring.

The number one priority of the Interchain Foundation is to ensure the long term stability, security, and growth of the Cosmos Network, which includes the stability and security of Cosmos’ most valuable assets: its contributors. The ICF is committed to ensuring all major Cosmos contributors at AIB have a supportive p...

IRS Crypto Tax Return Question - Be Careful How You Answer