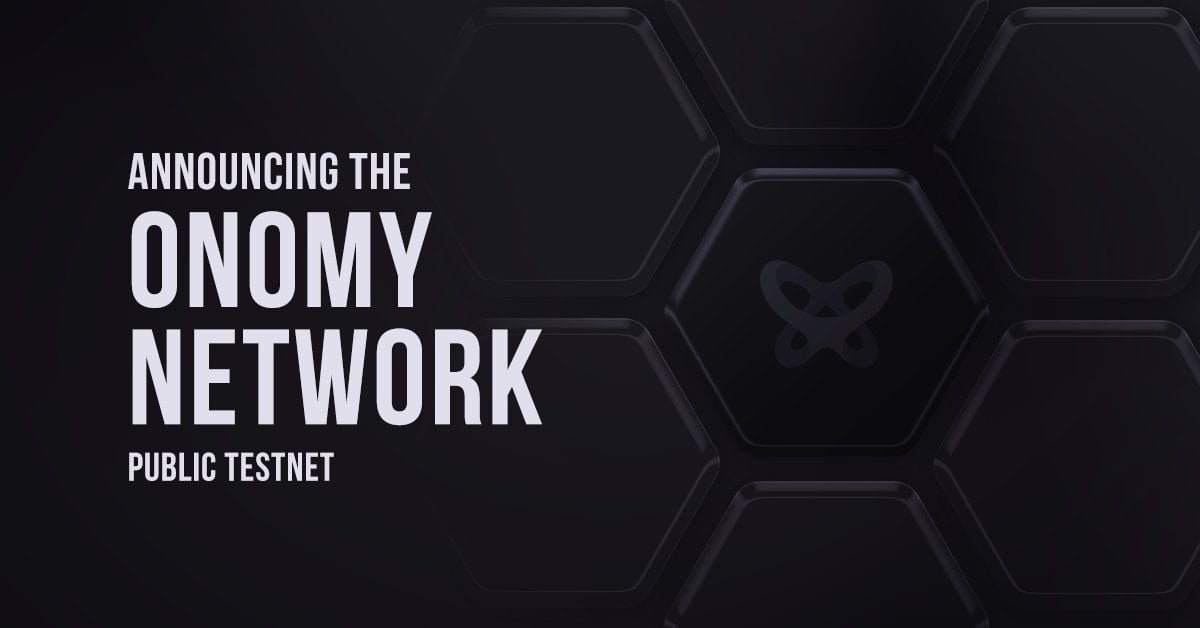 Onomy Protocol - the financial infrastructure converging CeFi with DeFi announced its first public testnet, Onet. It's fully Cosmos based and is currently looking for validators. The purpose of testing is proving out the Gravity bridge (the bridge b/w Cosmos and ETH), deployment methodology , etc

After going through several iterations of private testnets, we are excited to welcome validator networks interested in joining our first public testnet for the Onomy Network (ONET).

The ONET is a Cosmos Tendermint-based Proof of Stake (PoS) layer-1 blockchain network which powers the Onomy Exchange and the Onomy Reserve. First and foremost, our native stablecoins and NOM tokens will be natively tradeable on the ONET, but cross-chain integrations through bi-directional bridges are already underway, including any Cosmos-enabled and EVM-based chains, as well as Polkadot, Cardano, Avalanche, Solana, and others.

For the first iteration of our testnet, our primary objectives are to successfully test the Onomy Network, the Onomy — ETH bridge, and conduct a public test of the Bonding Curve platform.

Validators joining our first public testnet are encouraged to report findings and share feedback, in preparation for the ONET’s mainnet launch. This testnet is also focused on proving out the Gravity bridge as well as deployment methodology and other custom modules for the upcoming production ONET.

The primary network security of the ONET is assured by a Proof of Stake model that bonds NOM to validators either by the validators themselves or through delegation. Network security depends on the bonding to create both incentives for good behavior and disincentives for bad behavior. Staked NOM may not be used to mint new Denoms while staked, but will receive staking rewards. Primary staking rewards are given based on a dual-regime model with an initial hyper-inflationary period followed by an indefinite stabilization period with a goal of 50% of NOM staked with nodes.

The hyper-inflationary curve is based on the ...