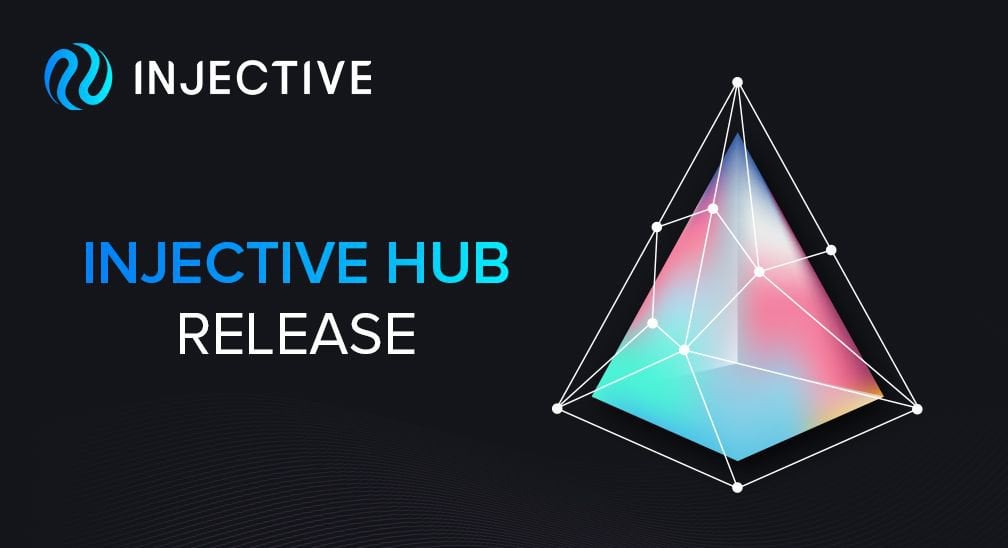 The Injective Hub has just launched!

Injective Hub will provide a unified platform for all things DeFi on Injective such as staking, governance and wallets for the Injective community.

The entire user interface has been upgraded to reflect core ideas behind the Injective rebrand earlier this month while a number of new features have been implemented to ensure that the staking, governance, and on-chain DeFi processes are more seamless than ever before.

Injective staking was officially released through two discrete phases over the course of the past year.

The first iteration was introduced via Equinox Staking which served as an incentivized staking testnet. During this period, millions of INJ were staked by users who also helped to test various parameters and functionalities of staking such as delegating to validators. Unlike other testnets, the Injective community enabled the use of real INJ on the Equinox testnet which provided an ideal environment for emulating mainnet staking.

Mainnet staking on the Canary Chain was released at the end of Q2 which allowed the global Injective community to secure the Injective network. Stakers also had the opportunity to take part in Injective’s decentralized governance processes such as launching the Injective exchange alongside the first spot markets. Governance soon expanded beyond just market listings as external programs such as the Injective Stargazers Ambassador program were proposed through the DAO-based voting system.

The Canary Chain has witnessed a surge of interest with over $100 Million locked into the network by the community. During this time, Injective also underwent a major rebrand to pioneer the DeFi hub of the new internet economy. Part of the rebrand entailed updating the visual brand identity such as typefaces, colors and the overall aesthetic of Injective products.