I'm moderately angry. I was one of the "Lucky" few to have received their airdrop, it was riddled with hoops to jump through, free is free though. I then used their exchange as intended to see how it differed from Osmosis, I tried both, I put money in both. Using Sif I put all my funds in CRO to finally leave the project, attempting to transfer it to my keplr wallet, it wasn't where I thought it should be and was ready to pull out a few months ago, I was told in their telegram that I couldn't do it at that time, so I waited. A week later I check again, and now CRO is no longer able to be traded between the rest of the project, I check telegram, they tell me they're waiting for atom integration to CRO, once that happens I'm free to use it as I see fit. Today I check again, a month and a half later. I see CRO is being traded, but there's a new token and it's not the one I initially traded, my funds are locked in ERC-20, without warning or any thought to the user the sif team just basically fucked everyone holding that coin in that particular moment and said, "good luck." This is what you should expect using Sifchain, if I want to see my funds again, I need to spend $150 on ETH gas getting it off the exchange, and nobody will do anything to help me in the project, nor do they seem to care. ​ Edit: If they decide to help me out I'll update this. Edit2: There's a wonderful response from a dev, I did try to reach out on telegram, problem's still the same but I'm lucky I didn't put more in there. Am I an idiot? Usually, but in this case I think it could happen to anyone. It just sucks all around, but it doesn't mean the people working on the project are bad, sometimes shitty things happen. [Here](https://www.reddit.com/r/cosmosnetwork/comments/qwueyl/comment/hl6sgs9/?utm_source=share&utm_medium=web2x&context=3) is the dev response if there's too much to wade through.
Go to self.cosmosnetwork
youtu.be 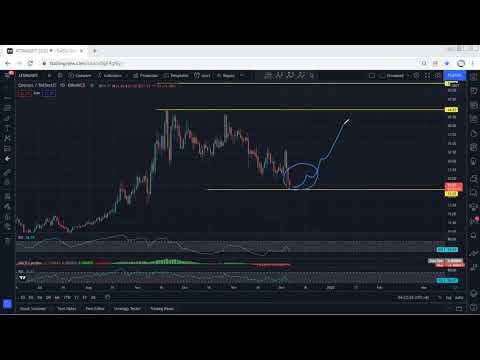