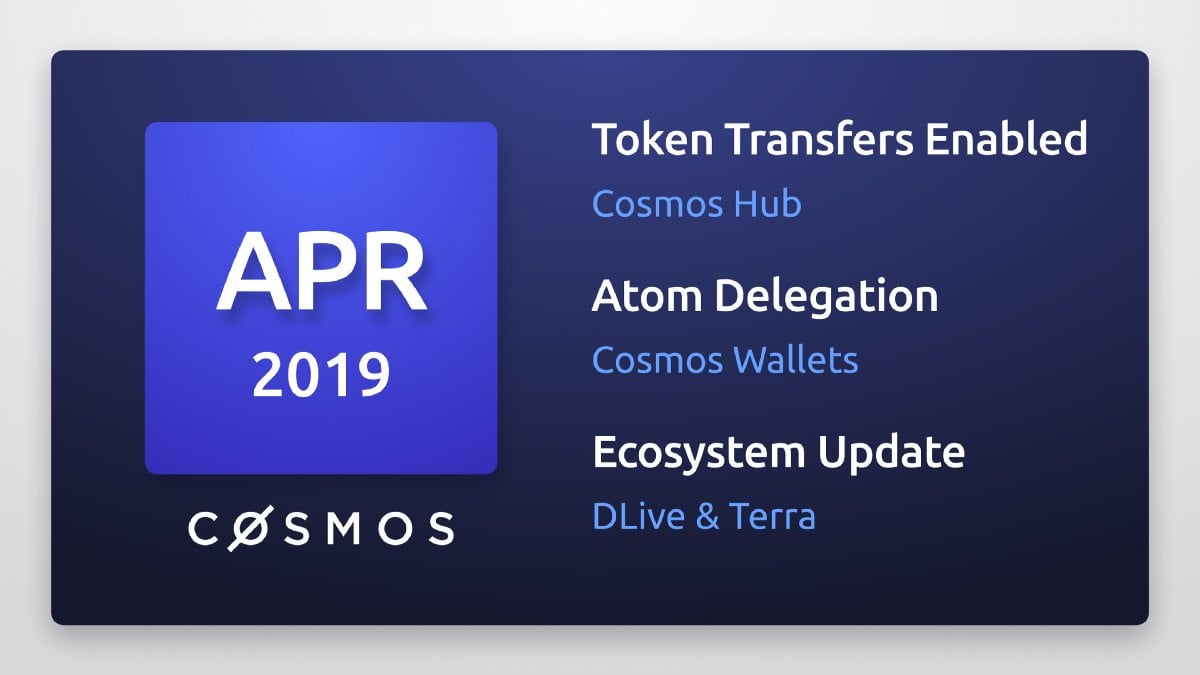 In progress: Cosmos Hub logic, known as gaia, is being divorced from the Cosmos SDK, which will enable the Tendermint development team to ship new releases of the Cosmos SDK software faster without impacting the Cosmos Hub. We hope that this separation will foster upstream contributions to the SDK, now that most generalizable logic is no longer part of the Cosmos Hub.

This issue provides an essential template for future parameter change proposals like the ones that enabled ATOM transfers. Tendermint Core

Two releases of Tendermint Core were cut: v0.31.5 and v0.30.4, the latter being our continued effort on backport releases (we started by maintaining the v0.30 release with critical fixes).

If you have upgraded your existing chain to v0.31.4, please upgrade to v0.31.5 ASAP. For a newly created chains (height: 0), this is not as critical. Inter-Blockchain Communication (IBC)

Development Summary: The open IBC specification process is well under way. The core architecture of IBC is now publicly available on the ICS (Inter-chain Standards) repository on GitHub: